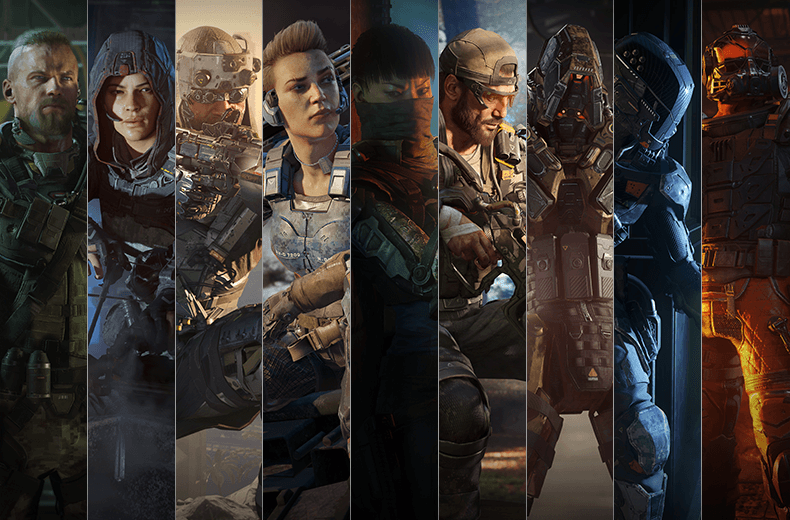 Over the course of the last few weeks, we’ve introduced a number of brand new Specialist character models, which is why you’ve likely seen a few new Specialist heads and bodies roaming the battlefields. Among these, Ruin, Outrider, Prophet, Battery, Seraph, Nomad and Reaper have all received entirely new character models (Spectre and Firebreak set to release in the coming weeks). Check out the screenshots below for a look at each of the new models released so far…

As you assert your multiplayer dominance, we want to make sure you have every opportunity to do it in style. That’s why, starting today and running over the course of the next three weeks, we’re introducing a series of Specialist Bribes to the Black Market. We’ll run three Bribes per week on each Tuesday, Wednesday, and Thursday, giving each Specialist their own day in the spotlight. The Bribe guarantees that one item in every Supply Drop will include Specialist-themed content for the Specialist of the day, including the new character models, new Themes, new Taunts and Gestures, as well as gear from all Black Market content releases to date.

The Specialist Bribes will appear in the order in which they’re found in-game, which means that we’ll kick things off with Ruin, Outrider, and Prophet this week. Follow us on Twitter for more information celebrating each Specialist on their featured day.

SPECIALIST BRIBES ARE ONLY AVAILABLE ON PLAYSTATION 4, XBOX ONE, AND PC