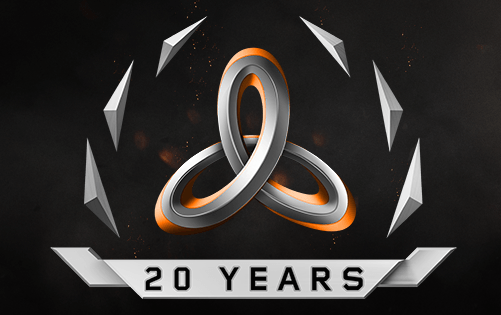 Celebrating 20 Years of Making Games, and Finding the Fun...

This year marks Treyarch’s 20th anniversary and what a 20 years it’s been.

From the studio’s start in 1996 and its early, independent days to making AAA blockbuster Call of Duty games as part of Activision’s family of studios, we have been focused on creating epic gameplay experiences that are enjoyed by as many video game fans as possible – we’re driven by a deep sense of pride, constantly striving to do the best work of our careers, so fans can have the most fun of their lives.

Our mission is born out of our own experiences as gamers: whether it was playing games on the Odyssey, the Atari 2600, the Intellivision consoles, or even the early days of PC and online gaming – or whether it was losing entire summers of play time to games like River Raid, Chopper Command, Pitfall, Donkey Kong, Super Mario Brothers, or Zelda – we have always wanted to capture and share the magic that first captivated us as gamers.

And you know what that’s like: it’s that moment when you pick up a game and it’s not just “a game” any longer: it’s everything. It is a portal into another world – it’s hours-gone-by-in-a-flash – as well as a link to groups of friends who are just as captivated as you are. “Fun” becomes your reason for being, as well as the glue for your tribe.

And that’s what has inspired us to become designers, engineers, storytellers, artists, and animators. Each of us has sought to apply our respective skill sets, all in service of a larger idea: finding the fun that inspires others the way we were inspired ourselves.

Game development is a lot of things to us: a relentless pursuit to do the best work of our careers, pouring our hearts and souls into bringing a creative vision to life, and making it the most fun, most entertaining experience it can be. It’s an endeavor that demands our very best and one that reminds you that game development is also a major ego check, because it’s not about us – it’s about you. Quite simply – as we write this, 20 years after our founding – we have only been able to do what we do because of you, the fans.

For that, we are forever grateful – it is an honor to come to the studio every day, do what we do, and find the fun for you.

We look forward to celebrating with you at CODXP, and for another 20 years.

The Road to Champs