A Note from Jason Blundell…

Yesterday, I appeared on JCBackfire’s YouTube channel to share news that we’ve been itching to announce for quite some time: on May 16, we will deliver Zombies Chronicles, which consists of eight fully-remastered maps from World at War, Black Ops, and Black Ops 2.

The Zombies universe has grown quite a bit since we first introduced the modeas an Easter Egg in the 2008 release of Call of Duty: World at War. That’s been nearly 10 years of annihilating the undead! In that time – with the release of new consoles – there are a number of players that never got the opportunity to enjoy the maps that made Zombies what it is today. So – in a first for the Call of Duty franchise – we’re bringing them all together so our community of fans can play through the first eight chapters of the saga that led up to Black Ops 3.

Nacht der Untoten, Verruckt, Shi No Numa, Kino Der Toten, Ascension, Shangri-la, Moon, and Origins will bring everyone up to speed. Given that the lore of the Zombies universe might be a bit overwhelming for some to digest in one sitting, today we’ve released a detailed timeline that explains the entire Zombies universe in an easy-to-read visual, which can be found here.

And yet – believe it or not – there’s more to share! Join us this coming Monday, May 8 at 11am/PDT (Live Event Viewer (PS4), Facebook Live, YouTube) when we’ll share more details about what is to come. 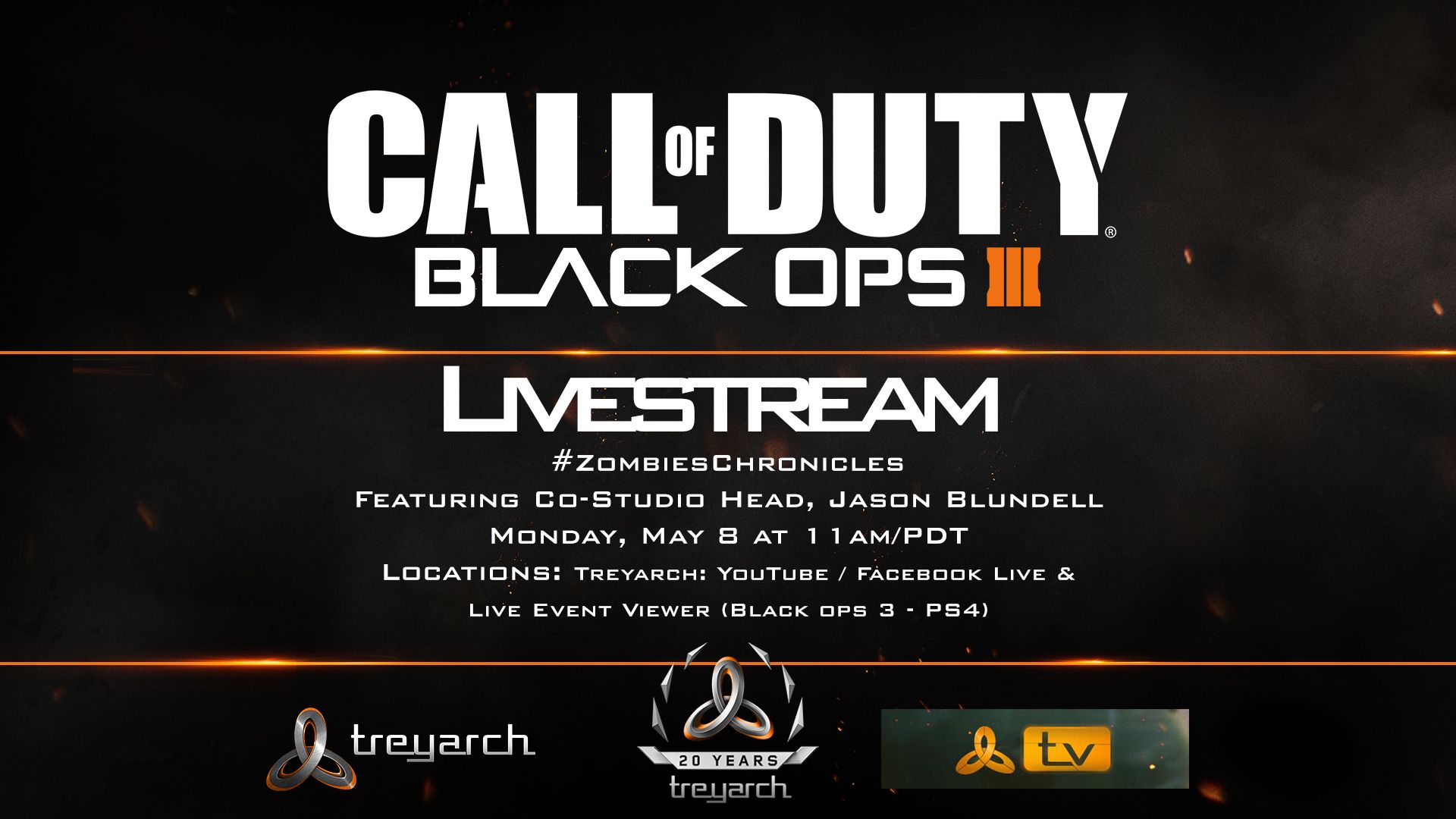 With Zombies Chronicles on the horizon, we wanted to take advantage of this opportunity to thank the Zombies community for everything that they’ve done over the years. Your feedback, your videos, your commentary, your theories – we’ve enjoyed every minute of it, thank you!

Over the next two weeks, I’m sure you’ll see plenty of gameplay videos from that same amazing, creative community. I may even jump in for a game or two myself – you never know.

For now, keep an eye on our social channels for updates, information, and more.