Discussing our biggest content update yet, and taking a look into the rest of the year. 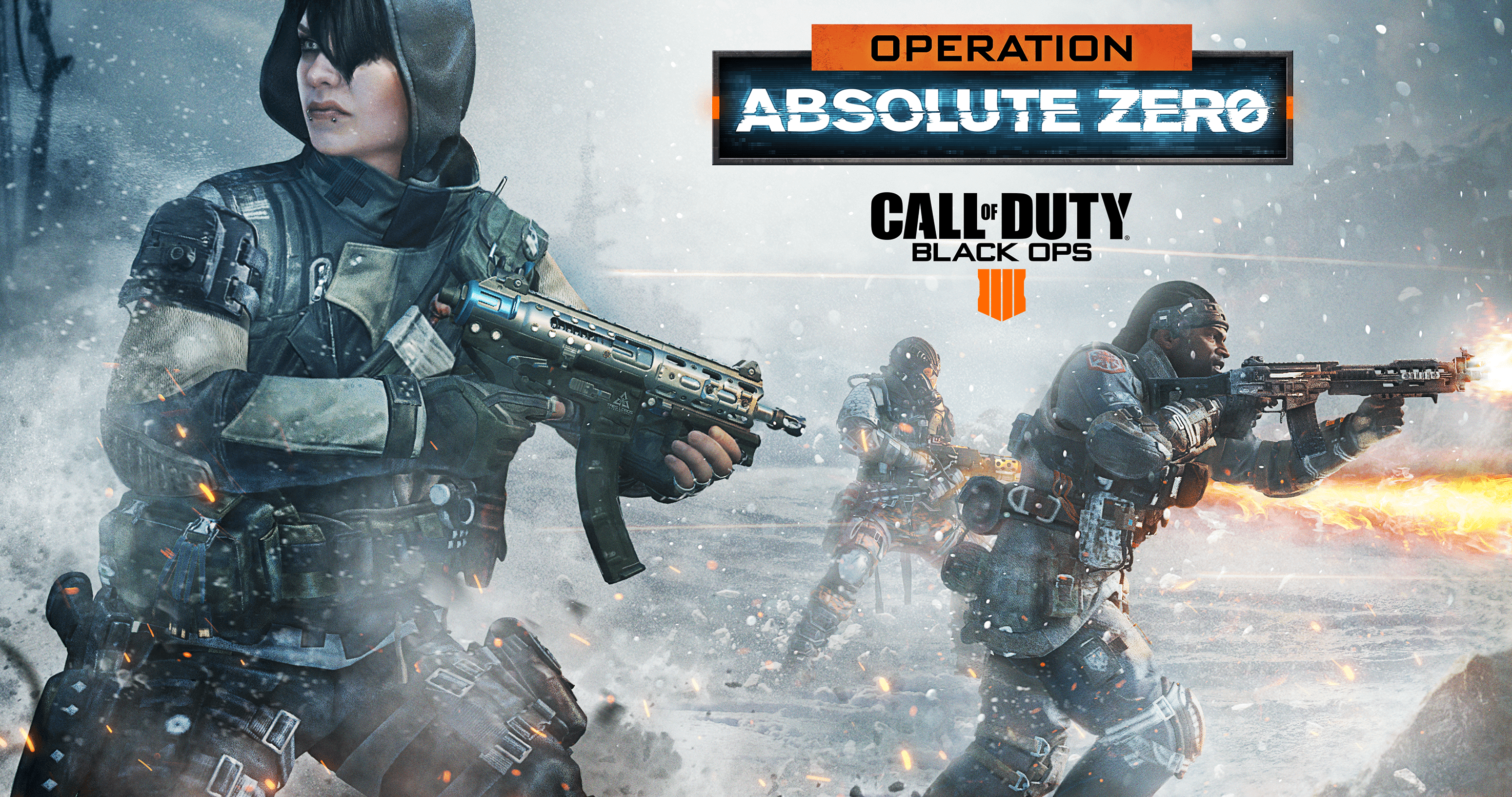 Black Ops 4’s launch is just barely behind us, and the response from the community has been incredible. Here at Treyarch, we’ve aggressively tracked daily community feedback, and we’re proud to say that many new features and content included in this update have been inspired by player input.

As you’ve seen with some of the information that we’ve already begun to share, we’re dropping our biggest game update yet next week with Operation Absolute Zero, a massive new series of content and the next phase in our commitment to making Black Ops 4 the most frequently-updated and best-supported game in our studio’s history.

Operation Absolute Zero introduces our first new post-launch Specialist: Zero, a versatile and deadly hacker available in both Multiplayer and Blackout. In Multiplayer, Zero can disrupt and distract her enemies using the powerful hacking tools at her disposal, bringing new counteractive measures to the table in Black Ops 4. Players can unlock Zero by completing Tier 1 in the newly revamped Black Market and immediately start testing out her wonderful new toys. 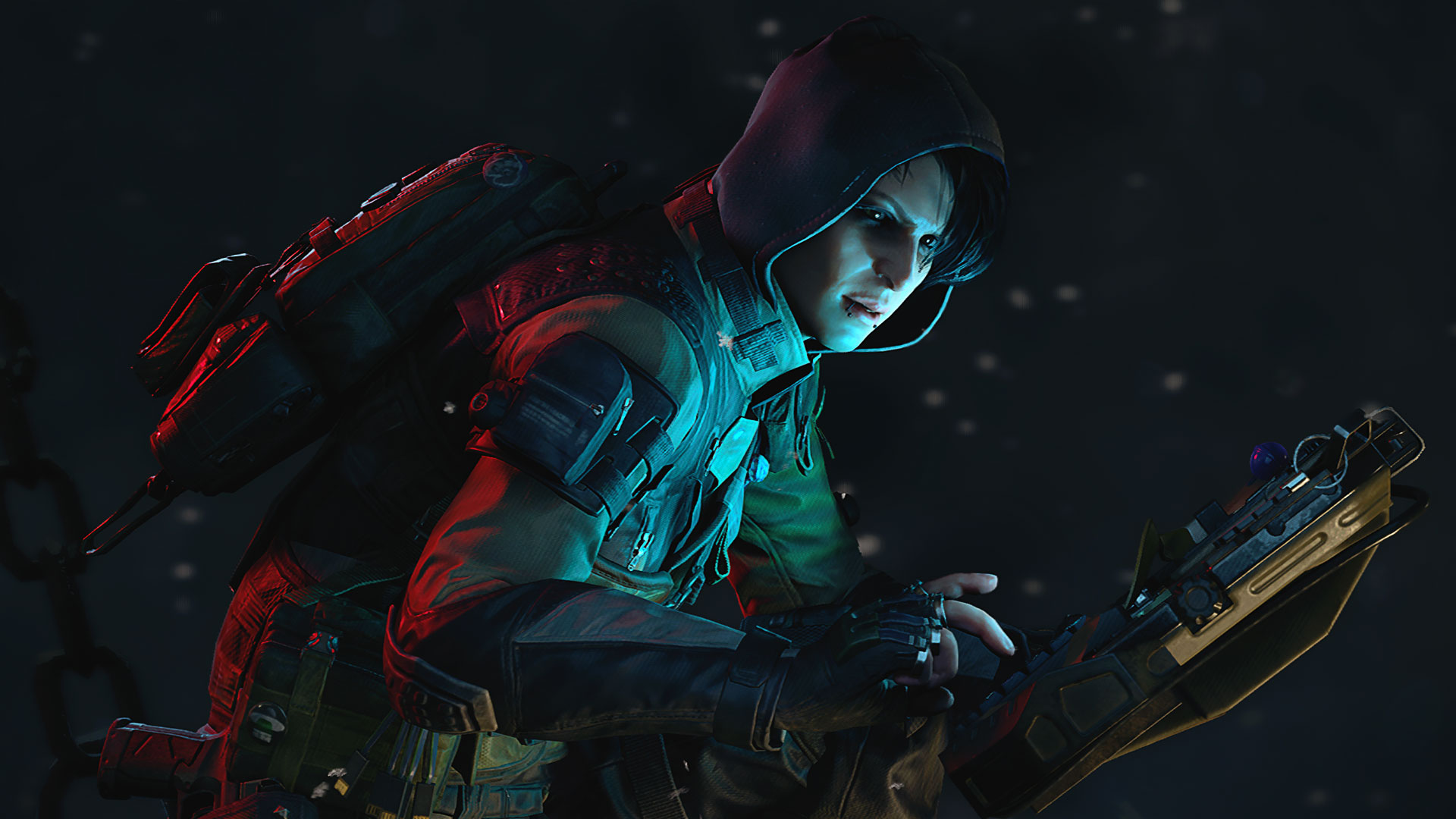 Three new earnable Multiplayer weapons make their debut in Operation Absolute Zero via Contraband tiers in the Black Market – the Daemon 3XB SMG, SWAT RFT assault rifle, and Secret Santa melee weapon – along with new Weapon Camos, Reactive Camos, and Reticles to unlock along the way. Players can also immediately get their hands on these new weapons in Blackjack’s Gun Game, one of our Featured Multiplayer playlists starting next week on PS4, and through Blackout weapon drops.

Watch for more Featured MP playlists throughout the rest of the year, as well as our new Holiday Event starting Dec. 13 on PS4 with new seasonal items to unlock. Also, read on below for details on the evolution of the new Black Market with this update, and all the ways we’ve improved how players will unlock exciting new content for Multiplayer and Blackout through gameplay in all three modes.

Next up: Blackout. Everything changes next week with Operation Absolute Zero.

On December 10, we’re setting the stage with several hotly-anticipated updates to the core Blackout experience for all platforms, including our new Armor repair system, audio improvements, SDM and Spitfire weapon balancing, and seasonal changes across the entire map.

Players will immediately notice the map’s new visual updates as soon as they jump out of the helicopter, from seasonal changes in foliage and softer winter lighting, to new smoke trails to better indicate where everyone is dropping. Subtle environmental improvements are also coming to Nuketown Island, Hydro Dam, and Factory – see if you can spot what’s new on Monday, and watch for our patch notes with more details on these updates next week.

Then, we turn things up a notch on December 11 when Hijacked debuts on PS4 as our newest Blackout destination, located on the peaceful waters of the map’s northwest quadrant. Inspired by the classic Treyarch Multiplayer map, our favorite luxury yacht becomes everyone’s new favorite hot drop in Blackout.

Once you make it to dry land, hop into the new ARAV armored vehicle with a friend and light up your foes with its turret-mounted machine gun. Players can also drop in as Zero after unlocking her, or as one of the four zombie-killing gladiators from IX after finding and completing the brand-new set of Blackout Zombies Character Missions.

We’re also amping up our collection of personalization items that can be used in Blackout in the new and improved Black Market, including new unlockable Blackout characters, new Epic Specialist Outfits, shared Warpaints, and more personalization items to use in the world of Blackout. Players will also find new weapons throughout Blackout starting December 11 on PS4 – try dropping into Firing Range next week to get your hands on the new hardware before anyone else does.

For our Zombies players, the team has been fiercely dedicated to making our biggest day-one collection of Zombies experiences even better with each new update. We’ve made continuous gameplay and stability improvements since launch across all four maps, and next week, we’re proud to introduce three new free features for Zombies players on all platforms: Daily Callings, the Black Ops Authenticity Stamp system, and Daily Tier Skips for Zombies. 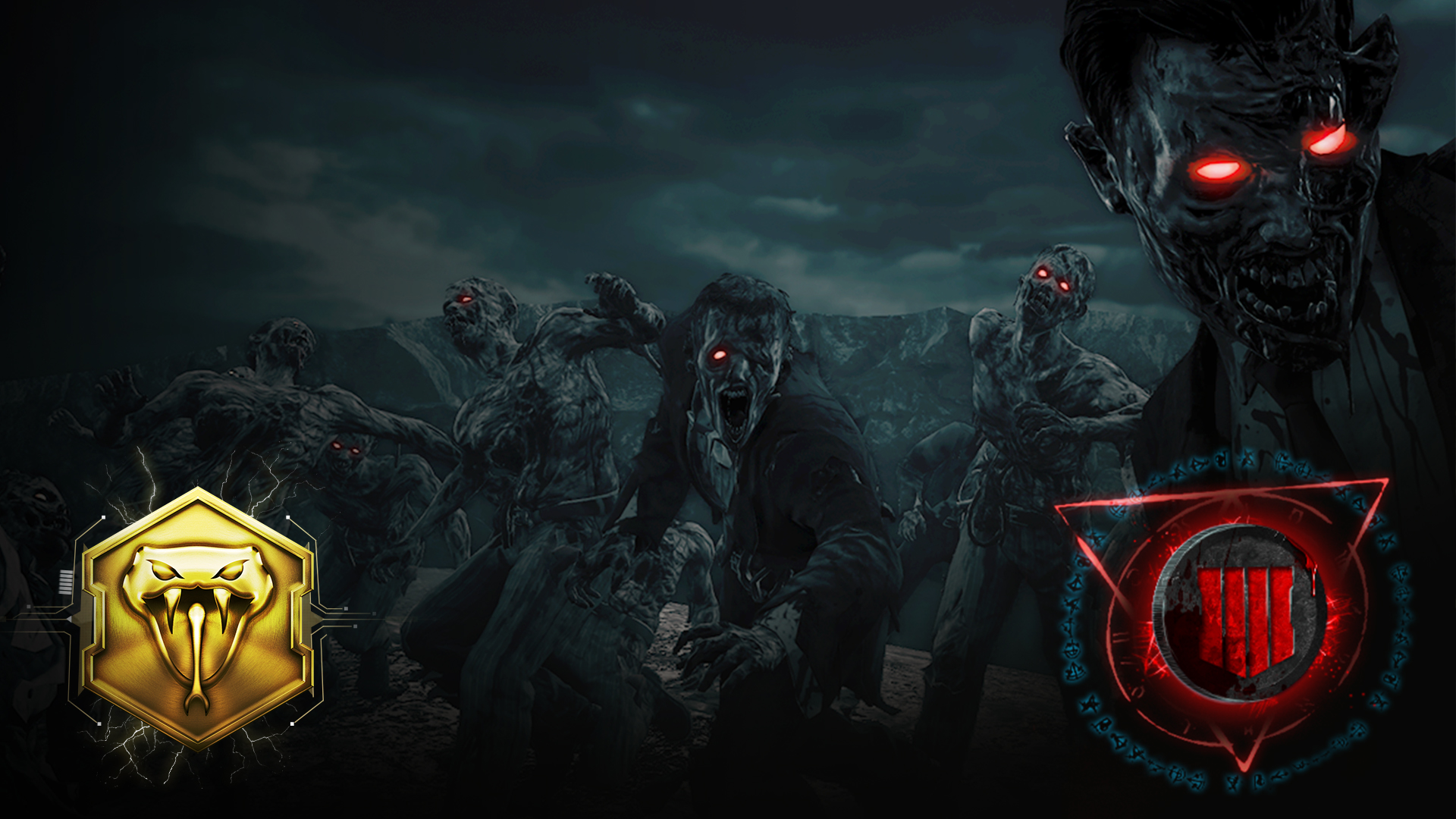 Daily Callings provide new gameplay challenges that reward Zombies players with bonus XP and Nebulium Plasma upon completion. Be sure to check the Zombies Barracks for each day’s new challenge to maximize your earnings, level up faster, and concoct even more Elixirs and Talismans for your next record-breaking run.

We’ve also heard the community’s requests for a path to earn Black Market Tier progression by playing Zombies, and we’re happy to announce the addition of the Daily Tier Skip for Zombies! Starting next week, simply complete 15 rounds in one game of Classic Zombies each day for your daily bonus Black Market Tier.

With an unprecedented amount of Zombies experiences released by the end of this year, we’ve never been more committed to delivering new and exciting content for our Zombies community. Next week’s launches of Daily Callings, Black Ops Authenticity Stamp, and Daily Tier Skip in Zombies are just the beginning, as we’re also kicking off our limited-time Winter Calling event in Zombies with new seasonal personalization rewards to unlock starting December 13 on PS4.

Evolution of the Black Market 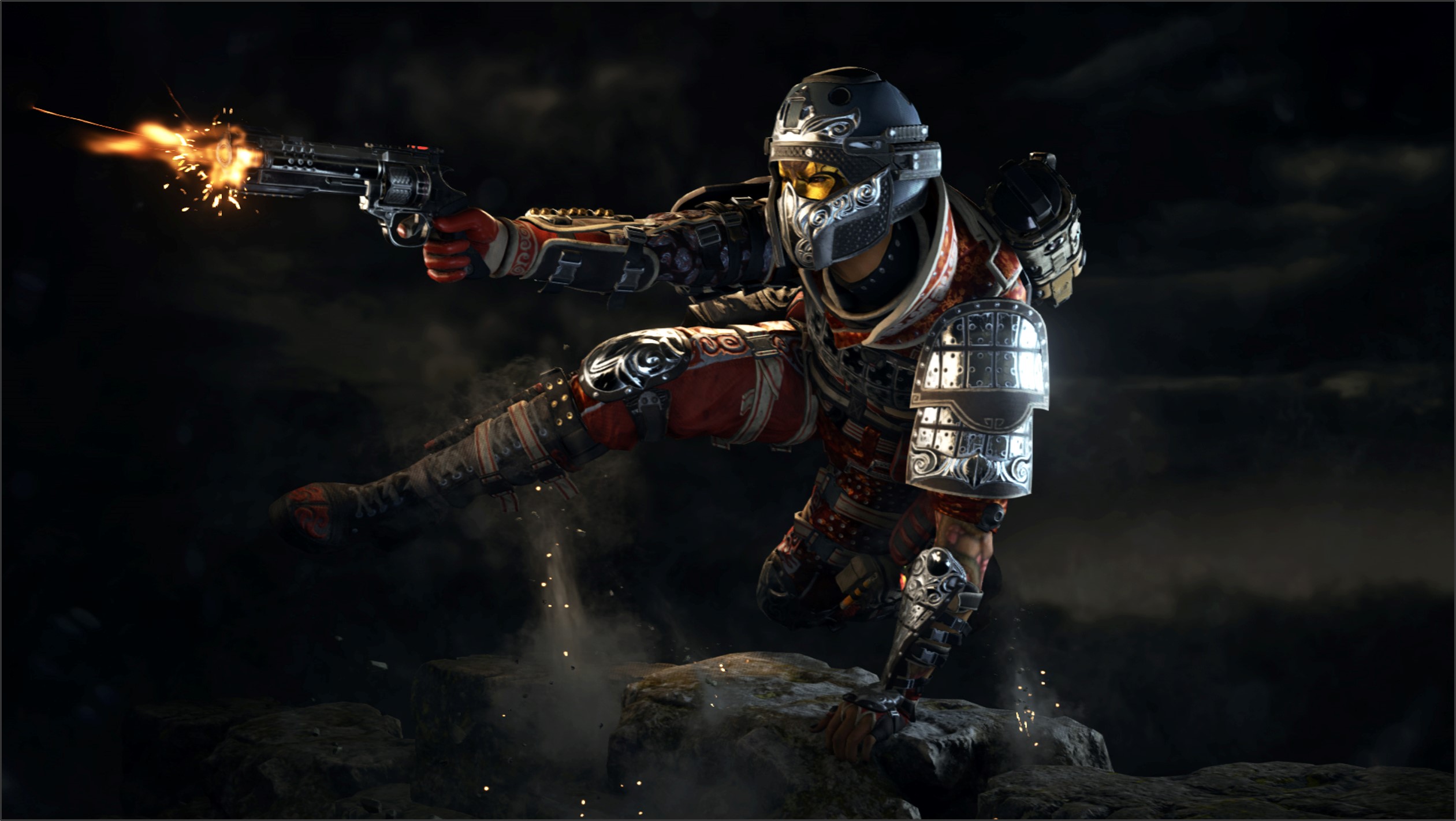 The Black Market has been newly revamped for the launch of Operation Absolute Zero to streamline the system, make Tier progression simpler and more rewarding, and add new types of content that have been commonly requested from the community. Players have also asked for the ability to mix and match Warpaints with different outfits, and gain access to Warpaints without having to own a corresponding outfit. Starting December 11, we’re bringing all of this... and then some.

The new Contraband stream kicks off with 100 Tiers designed to deliver a more diverse and exciting collection of items to earn, with themes built around every 25 Tiers and more opportunities to use personalization items in new ways. Here’s what to expect on day one:

Finally, as we kick off the new Call of Duty World League season this weekend with our first major CWL event in Las Vegas, we’re already looking ahead to early 2019 with the upcoming debut of the World League Hub in Black Ops 4.

After laying the initial groundwork for our CWL feature set with CWL Custom Games, CODCaster, and the Live Event Viewer on PS4, our sights for competitive play are now set on delivering the full suite of World League Hub features as soon as possible. While many of these features were initially planned to release in December, we are spending a little more time in development to give these features the polish that our competitive players expect and deserve. Here are the upcoming feature plans:

Keep an eye on our social channels below for the full details on what’s coming to MP, Zombies, and Blackout starting early next week, and tune into our Treyarch Studio Livestream on December 11 to get all the juicy intel straight from the developers.

It’s an honor to create the world of Black Ops 4 for the millions of players who enjoy our game, and we’re even more excited about all the content coming this month and beyond. Thanks for coming along on this ride with us.

As always, follow us for insider info direct from Treyarch: