Season One is Here!

Welcome to the biggest content drop in Black Ops history.

Get familiar with the latest competitive details in time for the launch of League Play.

Starting on Thursday, February 21st on PS4, the World League Hub is your new home for competitive play. A lot has changed since we introduced our first in-game suite of competitive features in Black Ops II, and we’re here to give you a breakdown of what to expect with Black Ops 4’s new system along with the goals that we set out to achieve with the new design.

In the World League Hub, you will compete in the Pro Series playlist using the same game modes, rules, maps, and restrictions that the pros play. These are the same updated CWL rules that we recently implemented in the Pro Series Moshpit playlist in public Multiplayer and in CWL Custom Games, which has moved from Multiplayer to the World League Hub to make it faster and easier to jump into a competitive match.

League Play Events will be run in tight, competitive time frames of 3-4 days using the Pro Series rules with no gaps between events to allow you to play for rank all week long. These events may be shorter or longer depending on the introduction of other types of competitive events later in the year. For the launch of the World League Hub, League Play Events will be the only events running. 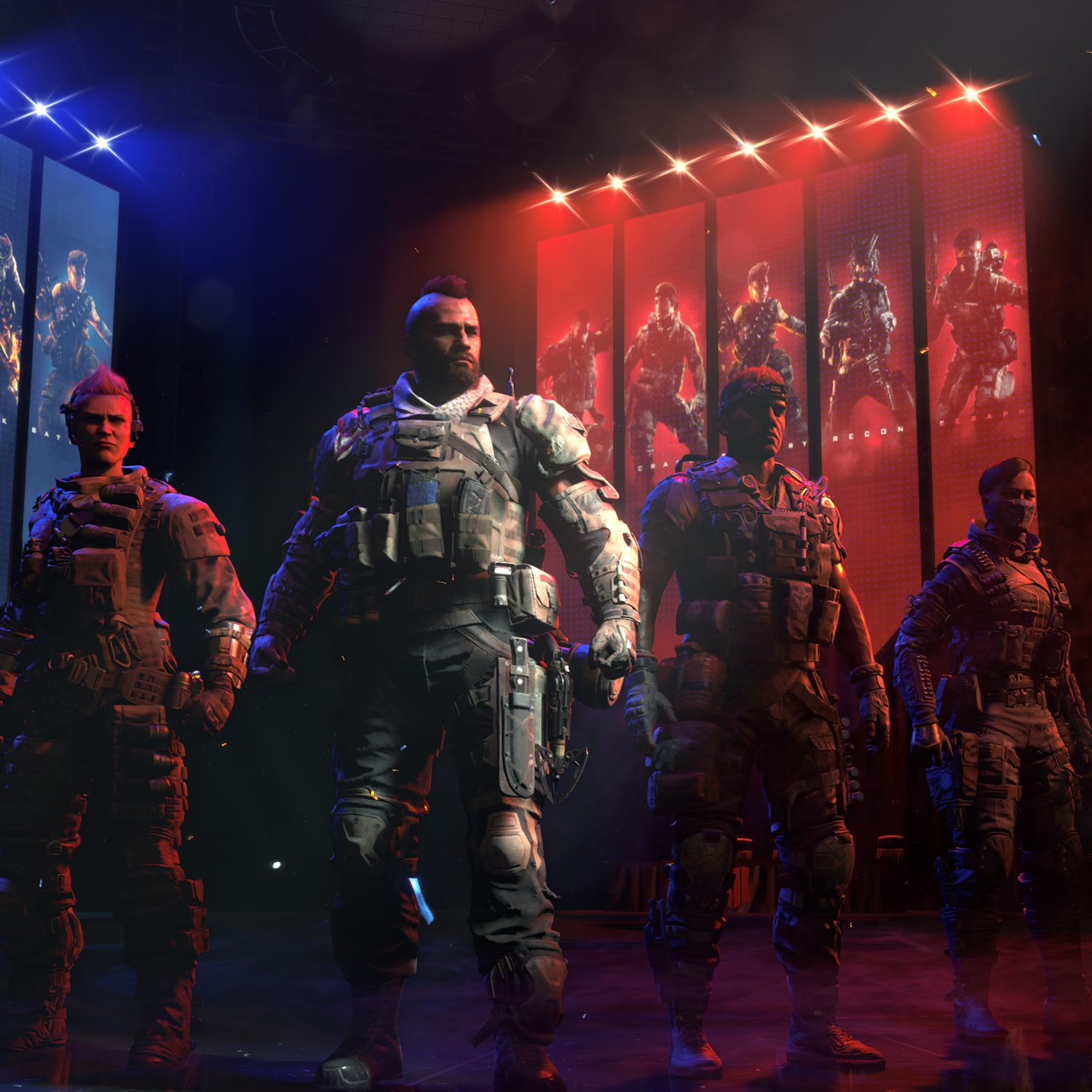 Your Division has no bearing on who you are matched with when competing, as you will always be matched with players from the entire global population in League Play who are closest to your skill level. This allows League Play matches to stay as competitive as possible. Note that matchmaking times may take longer than standard Multiplayer matches, as the system searches for the best skill match, and matches only start once full teams with the same number of players on each team have joined. Of course, League Play is the only mode in Black Ops 4 Multiplayer that utilizes skill-based matchmaking.

A base Ladder Point value is awarded for a win, with increased points for every win in a streak up to a 4-game win streak. A loss will deduct penalty points from your Ladder Points and reset your win streak.

You’ll notice this time around that we’re approaching the ranking system with a brand-new philosophy. In the past, League Play displayed a divisional rank based on a player’s skill bracket and Arena displayed a rank based on a player’s performance in the current season. We found that this type of system was unrewarding for most players because they would settle early into a rank that would become stagnant for the duration of the season. Even for the highest-ranking players, this could feel unrewarding because there was no persistence of their accomplishments across seasons, and that was a missed opportunity.

To address this, we’ve created a new permanent, progressive rank system focused on a combination of both lifetime and recent performance, called your World League Rank. The new system progresses players higher in ranks based on final placement in events, and it permanently reflects personal best milestones that players achieve, such as placing in the Top 10 or 1st Place, along with streaks of getting multiple 1st Place finishes in a row. As such, the rank displayed in Black Ops 4 is based on a more rewarding persistent rank system that always allows players to progress from event to event. The higher you finish in events, the faster you will progress through the system, and your success will always be reflected in your rank.

Compete in a League Play Event, and you can earn Gems based on your final position in the Division Ladder. Earn enough Gems, and you’ll advance your rank. Gems are rank rewards that are granted based on your final place at the end of a League Play Event. Make it to the Top 25, and you earn 2 Gems. Finish in the Top 10, and you’ll earn an additional Gem for a total of 3 Gems. Finish 1st, and you’ll earn another Gem for a total of 4.

There are 20 ranks to achieve in the World League Hub. Each rank requires a number of Gem slots to be filled before the next rank can be earned. Once a rank is filled with Gems, the next Gem earned will advance the player to the next rank, and will be applied to the new rank.

The Gem requirements start at 3 per rank and increase to 4 per rank once you reach Rank 11.

Victory Flames reflect the highest level of performance for players at the top of their game.

The Action Begins Today on PS4

Now that you’ve learned the ropes, it’s time to set up your competitive loadouts and jump into the first Black Ops 4 League Play Event in the World League Hub today on PS4! Get out there and show us what you’re made of.