Season One is Here!

Welcome to the biggest content drop in Black Ops history.

Our biggest Operation yet delivers new ways to play in Multiplayer, Blackout, and Zombies. 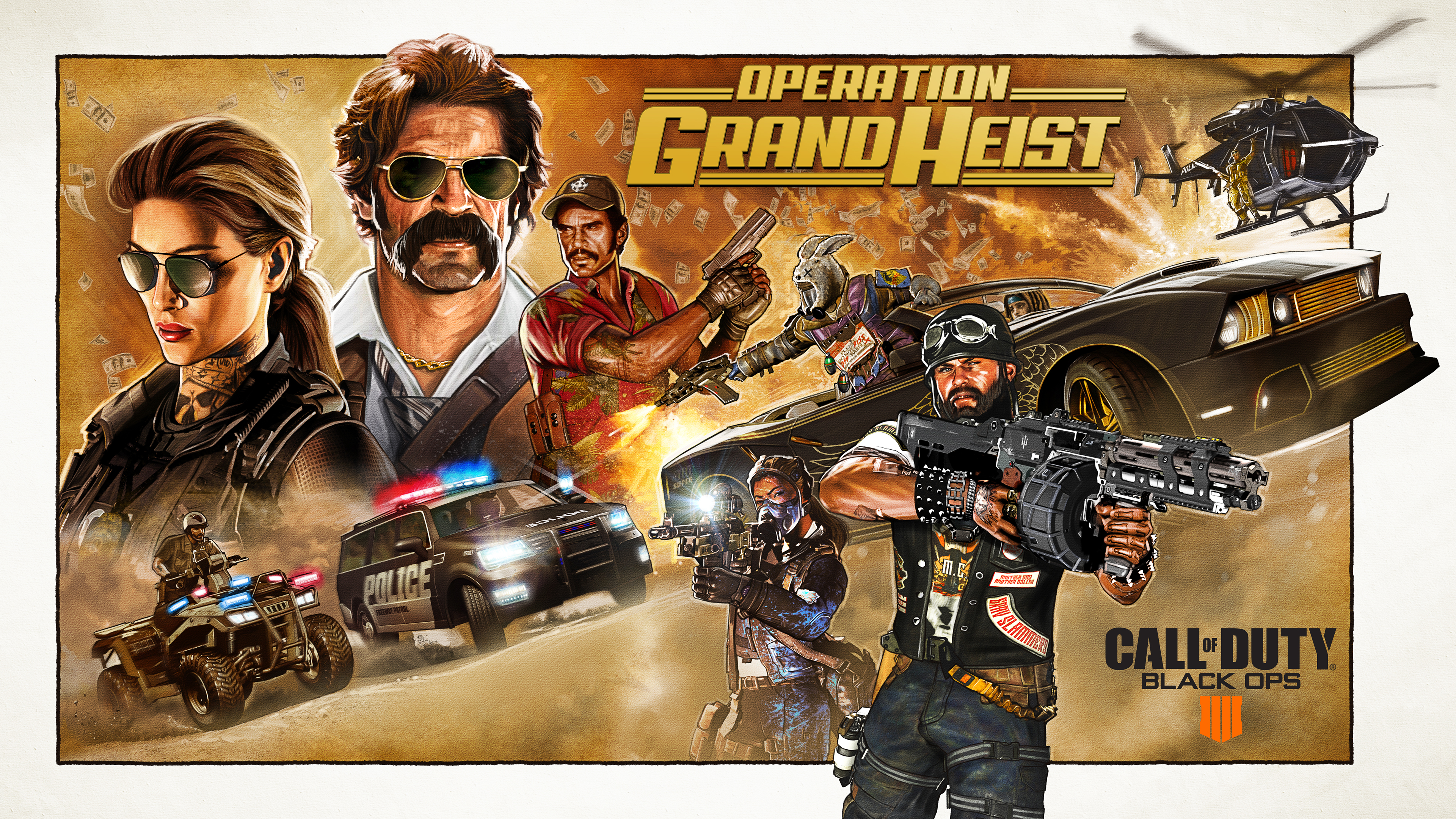 Operation Grand Heist arrives February 19th on PS4, kicking off a brand-new season of content, events and updates in Multiplayer, Blackout, and Zombies through April! Here’s what to expect throughout the Operation across all three modes:

There’s something new each day of launch week to celebrate Operation Grand Heist, and we'll have much more coming in the weeks that follow, including new game modes, Featured Playlists, the addition of new weapons to Blackout, and much more. Here’s the Week 1 schedule:

Now, let’s get into the details of what to expect in all modes of Black Ops 4 throughout the season…

Operation Grand Heist welcomes Outrider to the action, featuring new and improved weaponry, she brings the hunt to Black Ops 4. Her new Special Issue Equipment, the Hawk, is a pilotable drone that can be parked at strategic overwatch positions and will automatically tag enemies in its view to help you find and eliminate your prey. Her Sparrow Special Issue Weapon returns with a boost to its precision and power with accurate, explosive-tipped arrows that detonate on impact. Outrider will be instantly unlocked in Multiplayer and Blackout once players complete Tier 1 of the new Operation in the Black Market. 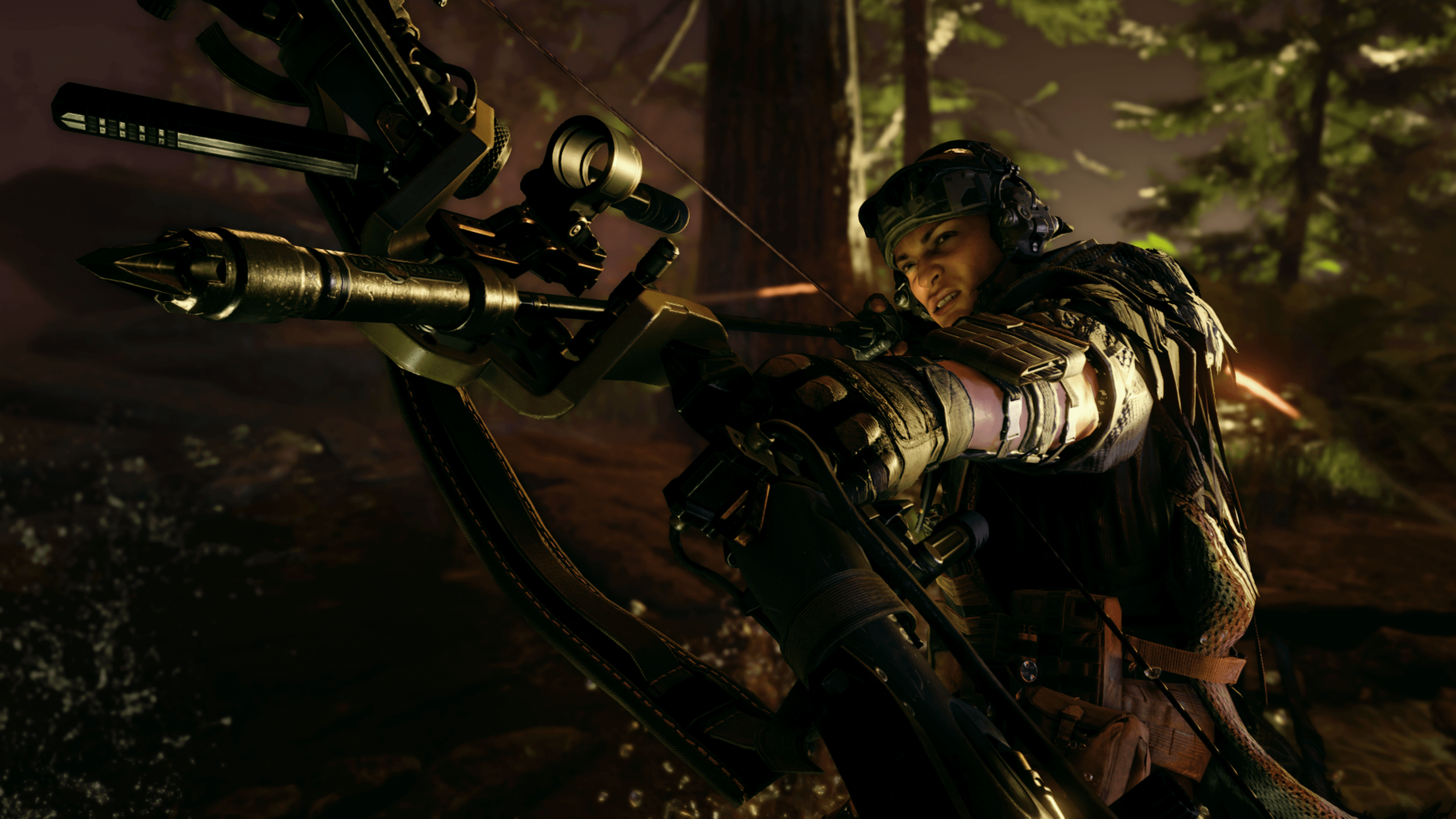 Party Games are returning in Black Ops 4 Multiplayer, starting with One in the Chamber! In this classic game mode, players are given three lives and a pistol with one bullet. Land a perfect shot or melee your opponent to gain another bullet and 100 points. Be mindful of the regularly sweeping UAV, and fight to earn the most points to claim victory.

One in the Chamber is the first of several Multiplayer game modes that will make their debut during Operation Grand Heist. In addition to all the new modes and Featured Playlists, additional alternate lighting and weather versions of some of our most popular Multiplayer maps will join the rotation, available for the entire community later in the Operation.

Operation Grand Heist also expands Black Ops 4’s arsenal right off the bat with new weapons to unlock and equip in Multiplayer, including:

And for our competitive Multiplayer fans, the World League Hub debuts with our first League Play Event on Thursday, Feb. 21 on PS4, delivering a new breed of competitive action to Black Ops 4. Play like the pros using the newest CWL ruleset while battling for rank all week long during events. Get all the details on League Play here, and jump into the Pro Series playlist in Multiplayer in the meantime to get your loadouts ready for competitive play.

It’s a whole new world out there in Blackout with Operation Grand Heist. 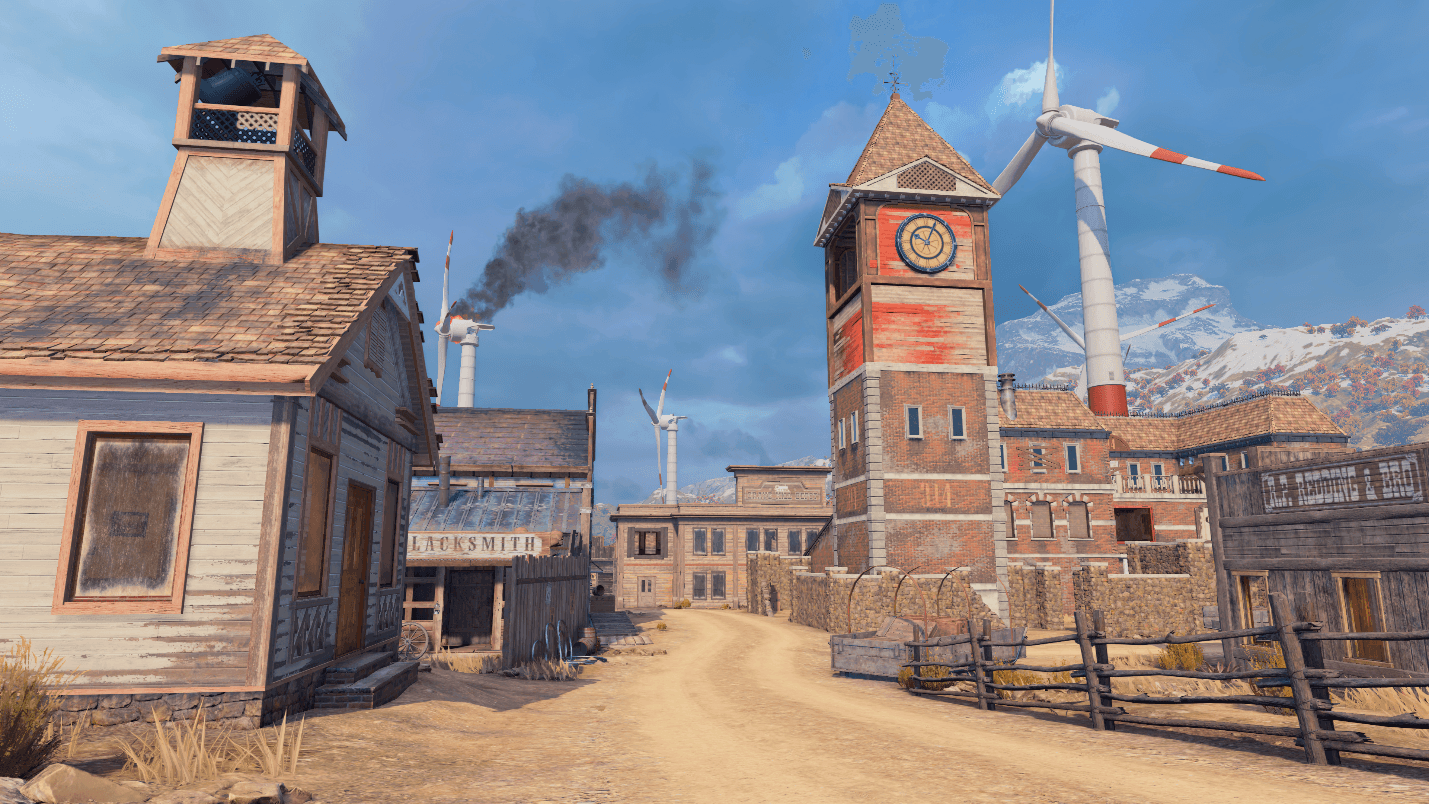 Drop into Ghost Town, a Western-themed destination in the southeast desert featuring two new locations inspired by fan-favorite maps. Above ground, saddle up for “Outlaw”, the Western-themed reimagining of Black Ops II’s classic “Standoff”. Then, journey deep into the interconnected caverns below to find “Buried”, an underground Zombies-inspired location with loot to die for and, of course, a new horde of hungry zombies.

We’ve also added dozens of new supporting structures throughout the Blackout map, including additional buildings and entirely new locations to drop into for more looting options. These upgrades introduce a fresh layer of variety and strategy to Blackout, now with completely transformed areas to use to your advantage.

New game modes are also set to debut during Operation Grand Heist, kicking off this Friday with Hot Pursuit, our newest respawn mode featuring three new vehicles, each with unique advantages: the SUV, Muscle Car, and PBR. Roll out in a Muscle Car to spot nearby Supply Stashes or Supply Drops, or put out an APB in one of the new police vehicles with built-in Sensor Darts and the ability to detect occupied Muscle Cars.

For those die-hard Blackout warriors who’ve already reached Echelon 80, ready up for our brand-new Blackout Prestige System! Rise through the Echelons and Prestige up to 10 times on your way to becoming a Blackout Prestige Master. Players who Prestige in Blackout will unlock unique Prestige icons, Calling Cards, Victory Coins, and more on the journey to the top.

Our new “Death-Con Five” Gauntlet takes center stage at the start of Operation Grand Heist for Zombies players in “Classified”. Take on the undead at the Pentagon, as the Ultimis versions of Richtofen, Dempsey, Takeo, and Nikolai with 30 rounds of unique new challenges to conquer with your friends. “Classified” will also now be available for purchase for the first time as a standalone experience starting Feb. 19 on PS4. 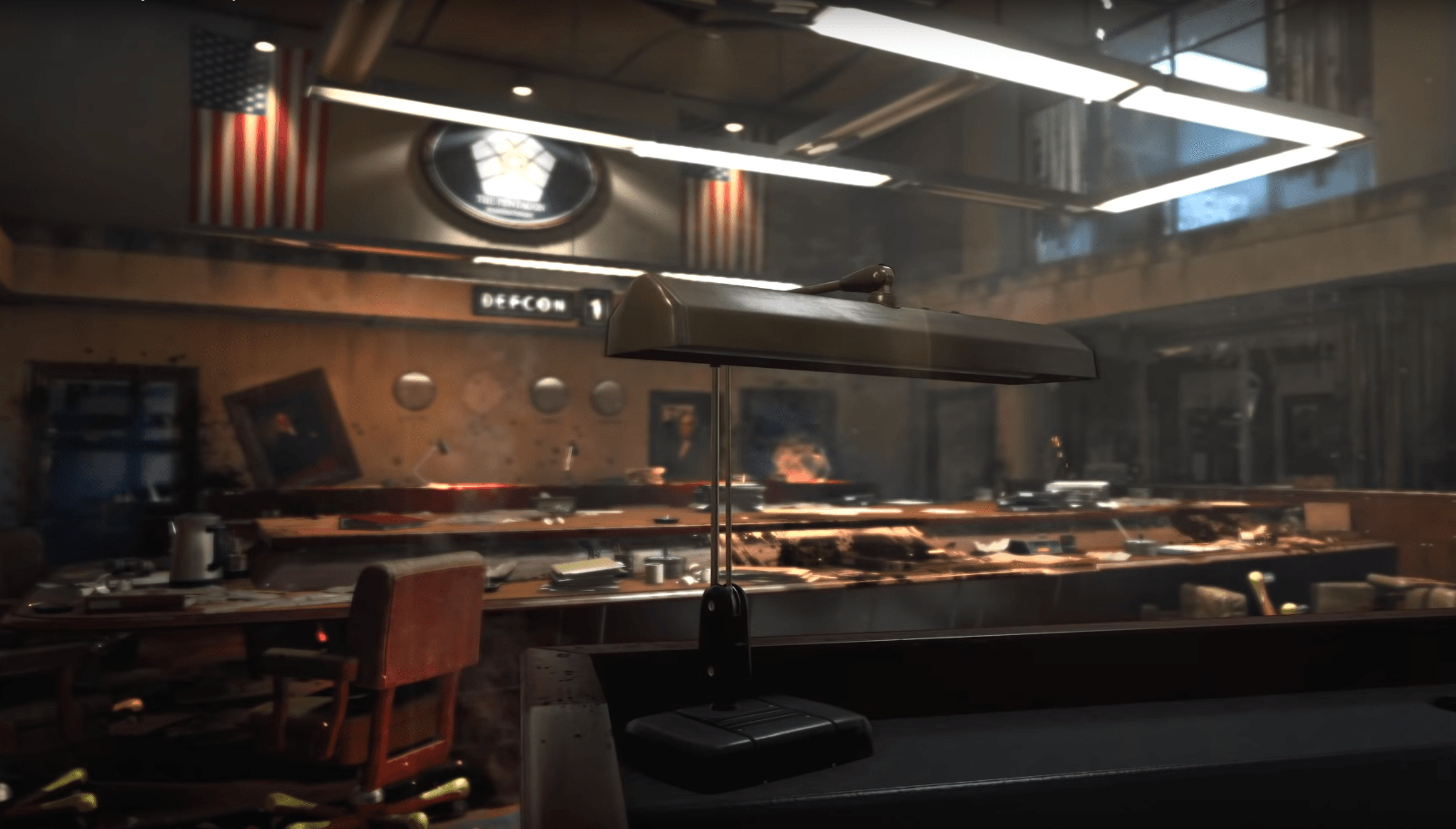 Our first new Perk in Black Ops 4 Zombies also arrives next week on PS4! Wield the Ethereal Razor for devastating melee damage against the undead, and equip and customize Signature Weapons in the Zombies Armory.

We’re also ramping up the rewards for Daily Callings for all Zombies players with this Operation. Going forward, players will earn an additional Tier Skip for completing Daily Callings in the Zombies Barracks, giving Zombies players up to two Tier Skips per day. This update makes new loot weapons attainable throughout the Operation by playing Zombies, and we’re working on more long-term improvements for even better rewards in the future.

Later in the Operation, our upcoming “Hellcatraz” Gauntlet will take the Aether story’s four heroes through 30 thrilling new rounds of challenges in “Blood of the Dead”, and an additional community-inspired Gauntlet is also in the works during Operation Grand Heist.

Further updates to improve the Zombies experience include ongoing support for improved high-round stability, host migration, server pause, splitscreen pause, and more as we ramp up to the March release of our sixth new Zombies experience later in the Operation.

A New Black Market is Here

The Black Market evolves with the return of Blackjack, the mercenary trader specializing in contraband gear. Blackjack brings a ton of awesome new gear along with three new additions to the Black Market –Cases, My Deals, and Inventory.

Here are some highlights from the new content coming to the newly revamped Black Market throughout Operation Grand Heist:

Players get more access to more content with Operation Grand Heist, with an even larger selection of Reserves to earn during this Operation. Blackjack’s Shop has also been streamlined, combining Special Orders and Item Shop into one location in addition to personalized offers for every player in the new My Deals section. Blackjack’s Shop will of course continue to refresh with new content, and players will be able to utilize the new Inventory tab to keep track of all their goods.

Black Ops Pass holders receive 2 new intense Multiplayer maps that will immediately join the standard map rotation in Core and Hardcore playlists, as well as a new Blackout character from Dead Ops Arcade at the start of Operation Grand Heist. 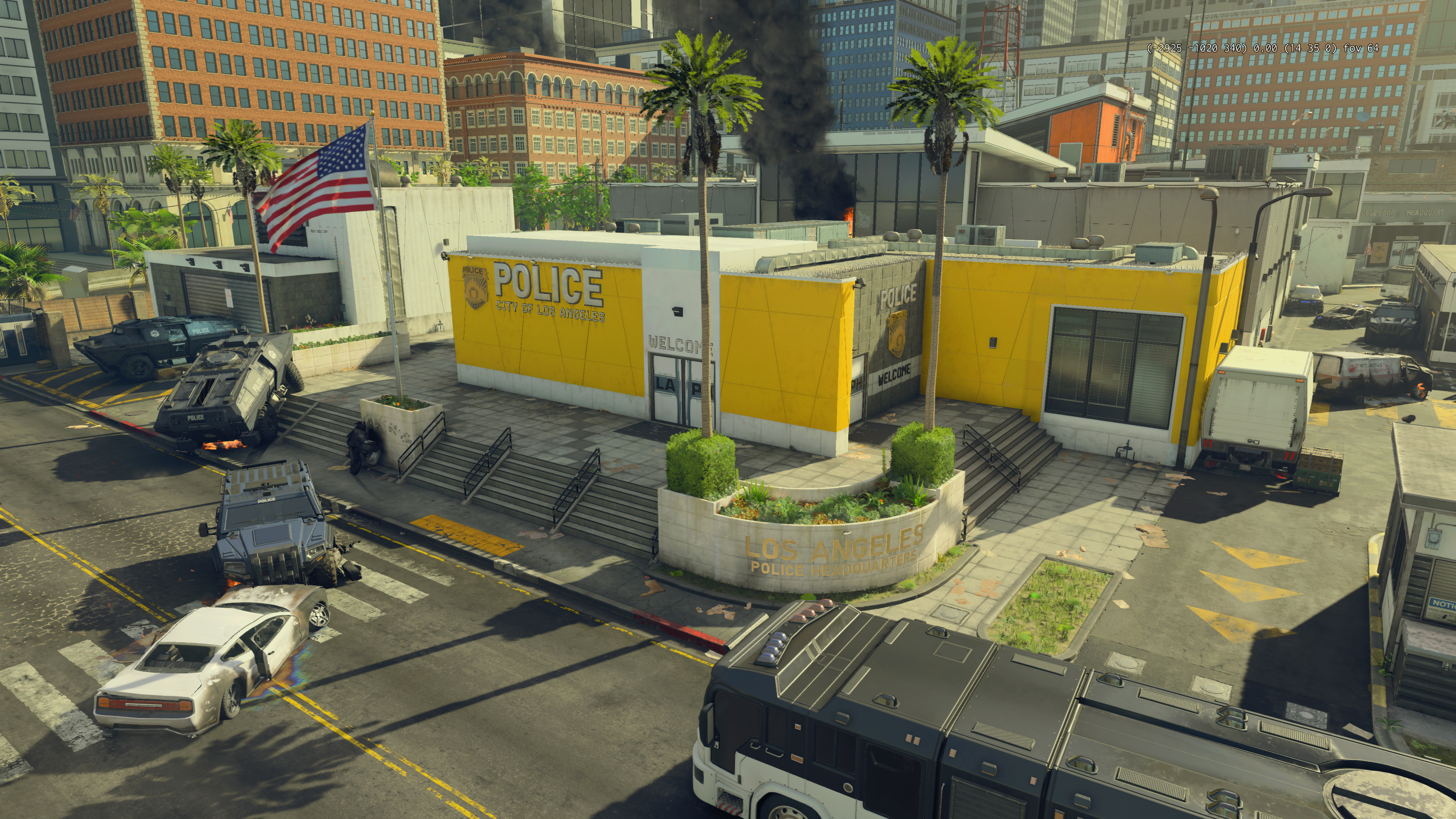 Battle for justice at a Los Angeles police station in Lockup, where teams take sides during an active assault. Secure the rooftops or maneuver through the lower floors to gain the upper hand and lead your squad to victory. 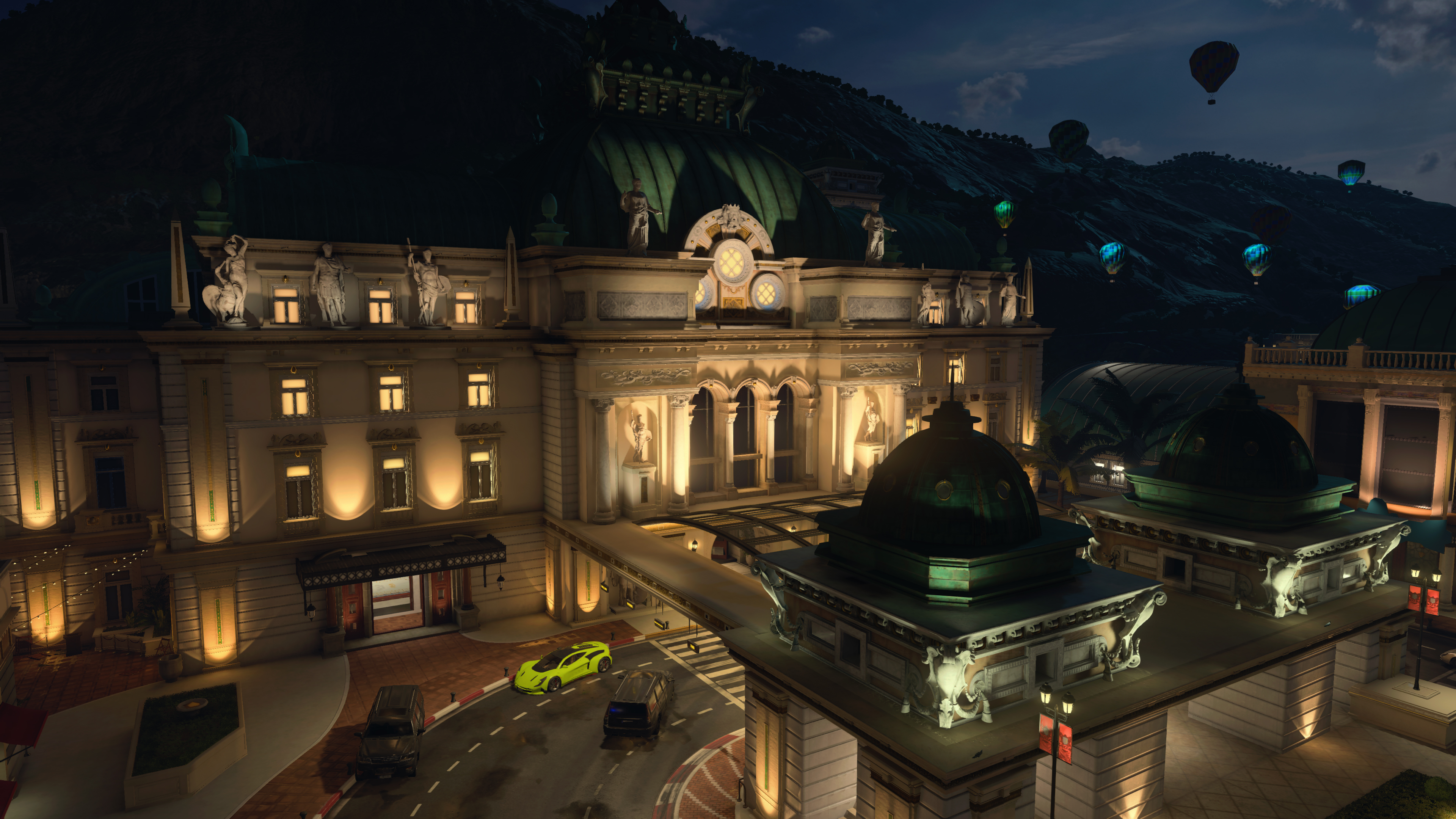 In Casino, the heist goes international in an upscale Monaco gambling resort. Take on unique end-to-end engagements in the lap of luxury, as thieves craft a plan to beat the house and take off with the goods. And remember... always bet on Black. 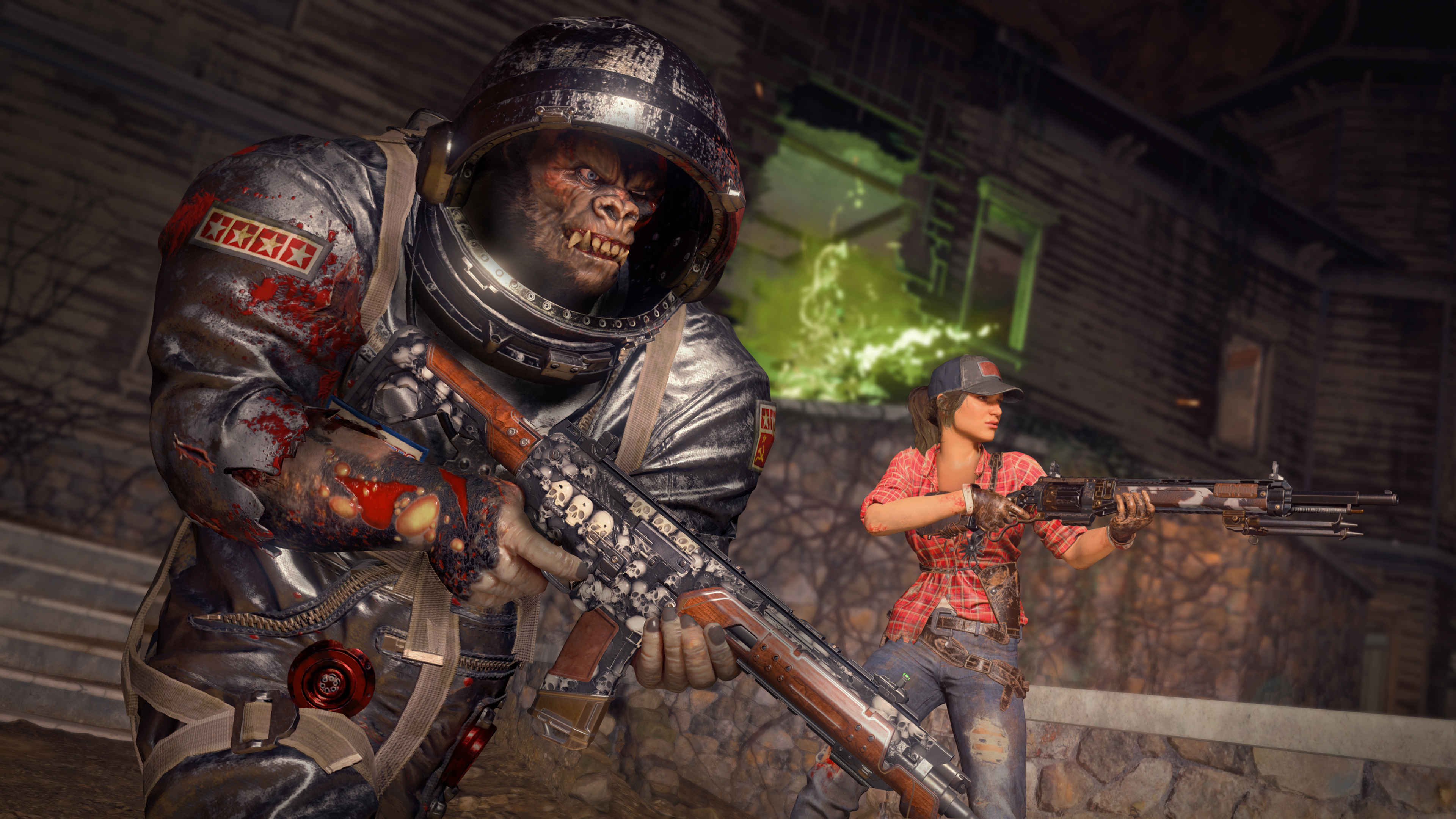 But we’re not done yet... in Blackout, the infamous Cosmic Silverback from Dead Ops Arcade is ready for infiltration! Now Black Ops Pass holders can drop in as this arcade legend in the fight to the final Collapse.

Tune into our Treyarch Studio Livestream on February 18 at 12PM PT for more intel on Operation Grand Heist straight from the dev team! Thanks for your support, and have fun out there all the new content this Operation has to offer.

As always, stay connected with Treyarch on social to be the first to know when new intel drops: