Here’s what to expect, along with patch notes down below:

The wait is over, Zombies fans. Experience the next chapter of the Dark Aether story this week in “Firebase Z,” free for all Black Ops Cold War players on all platforms.

On their mission to save Samantha Maxis from Omega Group, Requiem must face the forces lurking deep in the jungles of Vietnam at Outpost 25, including shapeshifting Mimics, Dark Aether Hellhounds, the return of the infamous Mangler... and something definitely not of this world.

Dive deep into the narrative behind “Firebase Z” at our 115 Day Blog, and get an inside look at what’s in store from long-time veterans of the Treyarch Zombies team before you and your friends jump in this week:

For those eager to get in on the Easter Egg hunt, the main quest will be enabled on Friday, Feb. 5th starting at 9AM PT / 12PM ET / 5PM GMT to allow everyone around the world to start on equal footing. Be sure to get some sleep before we open the floodgates!

“Firebase Z” is just the start of this week’s new Zombies content. Players will get access to the new Tombstone Soda Perk from the dedicated Tombstone machine in “Firebase Z,” and in “Die Maschine” via the updated Der Wunderfizz machine.

With just one sip, you’ll become a shadow in the Dark Aether after you go down on the battlefield, giving you a fighting chance to rejoin the land of the living before you bleed out. Upgrade your Perk Skill all the way to Tier III, and you’ll drop a Tombstone stash on death that saves your weapons, equipment, and resources for you to retrieve when you’re back on your feet. 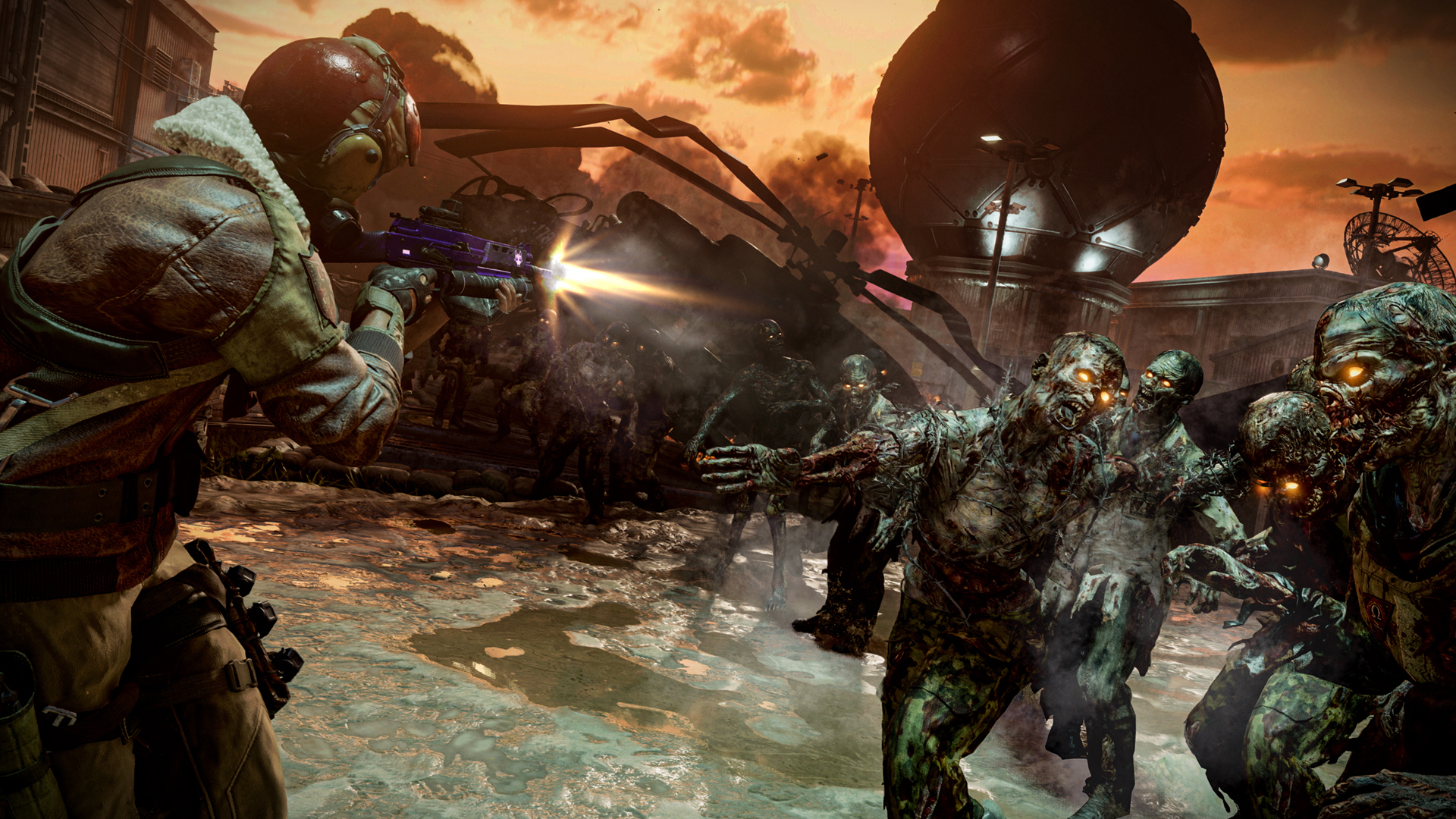 The Napalm Strike and Artillery Scorestreaks also join the list of craftable Support items this week in Zombies, allowing players to wreak havoc on the undead from above in both “Firebase Z” and “Die Maschine.” Be sure to deploy these strategically during the new Assault Rounds in “Firebase Z” – you’re going to need all the help you can get to keep the squad alive.

For Dead Ops Arcade 3 fans (and trophy hunters with their eye on the Platinum), this week’s new Solo Advanced Start mode gives solo players a leg-up against the Mamaback by starting the adventure at your highest arena checkpoint. While all stats, leaderboards, and challenges are disabled in this mode, achievements including “Reunited with Fidolina” can still be completed, making this week the perfect time to jump into Dead Ops Arcade to add one of the game’s most demanding accomplishments to your trophy shelf. 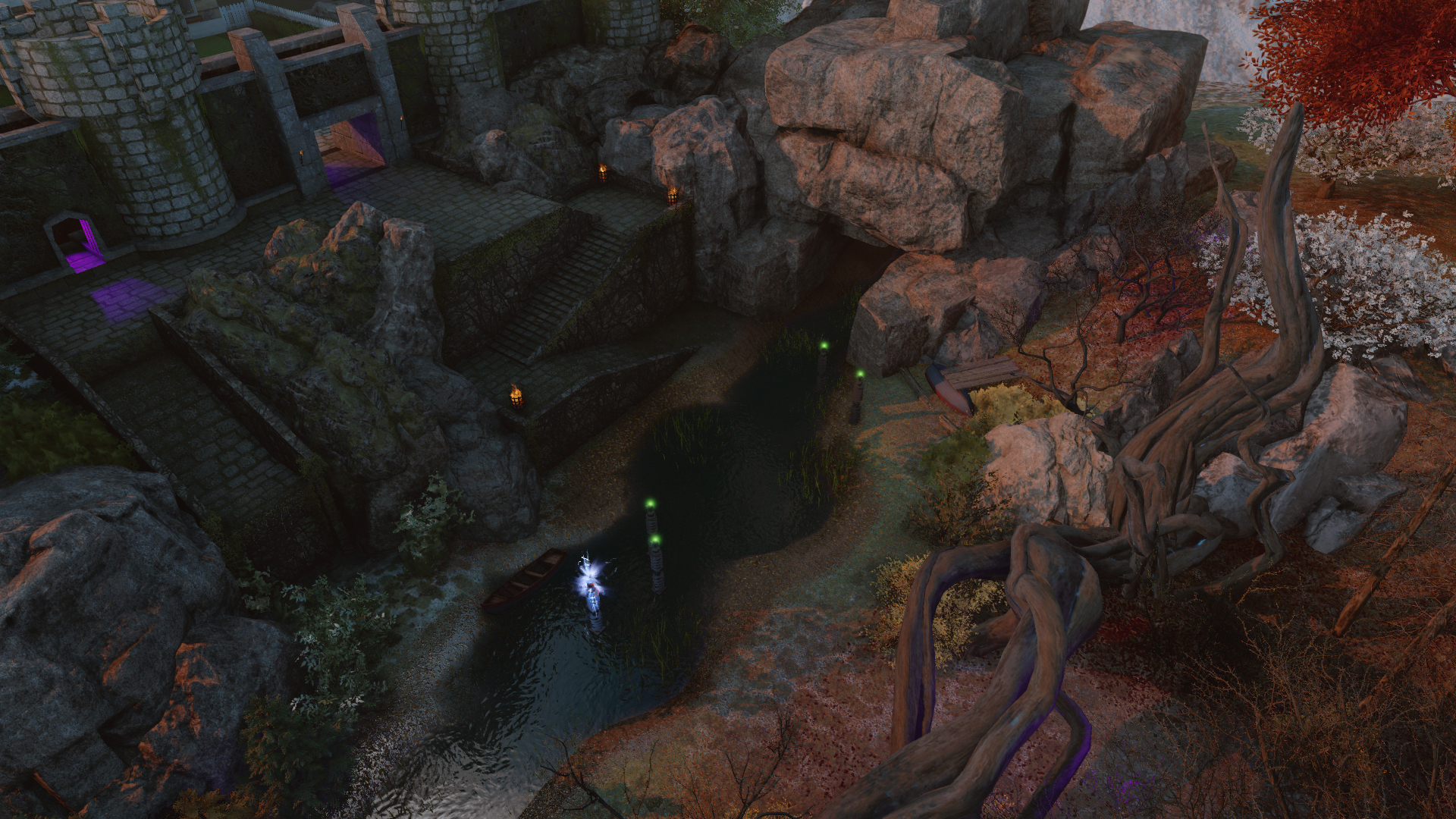 On PlayStation, Express comes to Onslaught along with improved zombie spawns and additional enemy types from “Firebase Z” to keep you and your partner on your toes. Survive the surges long enough to take home the Gold, and you just might discover some new in-game intel.

Oh, and we heard you really like killing zombies in Zombies, so we buffed the critical damage and max ammo stock on every assault rifle and SMG in the game, increased the base damage and range on the Streetsweeper shotgun, and made the Cryofreeze Ammo Mod even more awesome with a super-short cooldown period.

We’ve also introduced an all-new "Requiem Advancement” category of Challenges, available in the Zombies Challenges menu between the Battle Hardened and Dark Ops categories. This includes a set of six new "Firebase Z Report" Challenges to conquer, each with their own unique Calling Card reward to earn. There’s also a brand-new Dark Ops Challenge to take on in “Firebase Z,” if you dare...

Read on below for the full list of Zombies gameplay improvements, stability and bug fixes, and a massive list of Dead Ops Arcade updates in the patch notes. 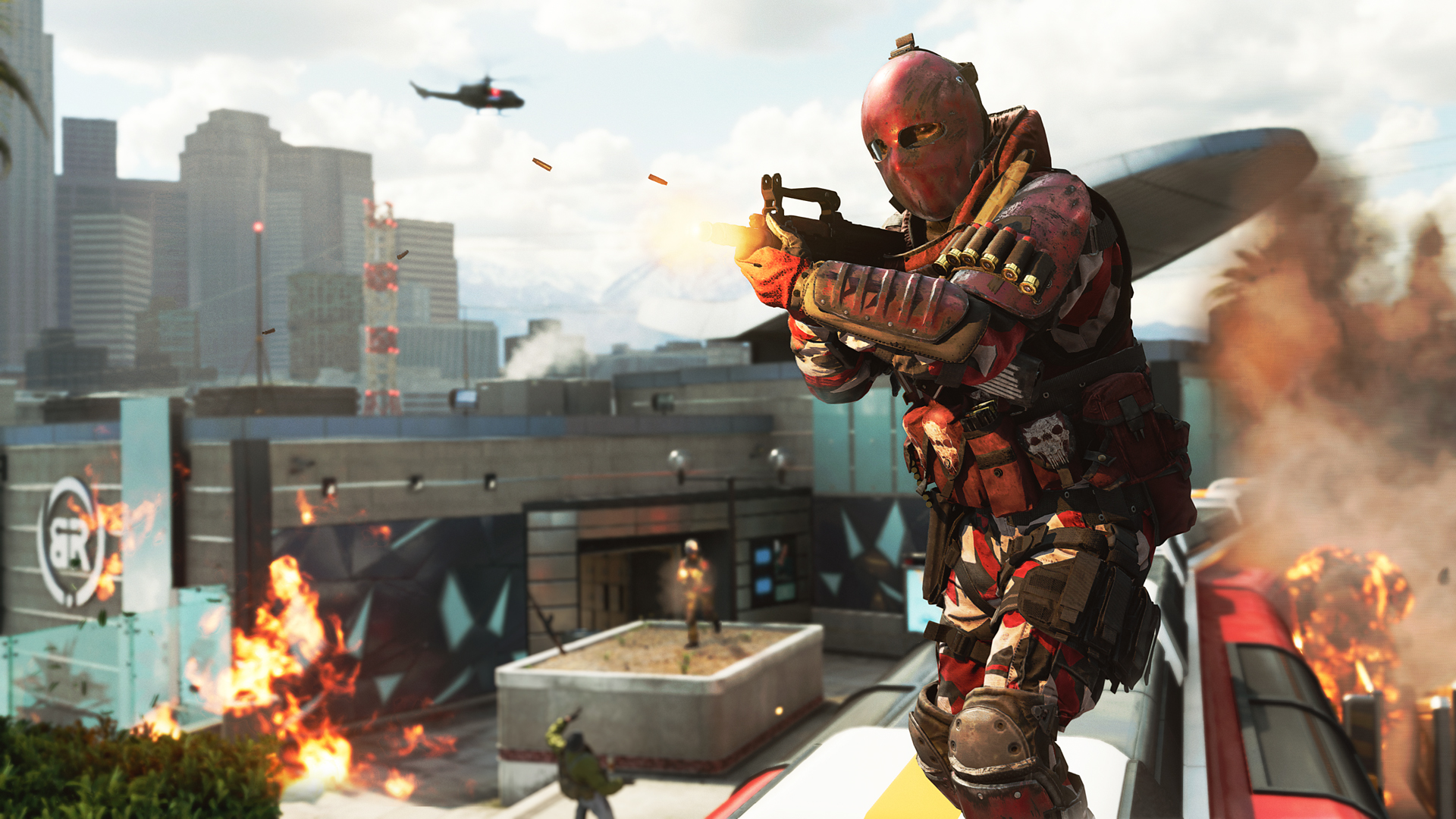 In Multiplayer, a true Black Ops II classic returns as Express joins the 6v6 rotation. Whether you’re a seasoned BO2 veteran or a humble newcomer, this modern Los Angeles rail station has plenty of competitive mayhem to offer, including some of the most intense S&D matches you’ll ever experience in Call of Duty.

To celebrate the debut of this beloved map, we’re launching the new Express 24/7 playlist, featuring a moshpit of fast-paced 6v6 modes on Express to keep the whole squad coming back for more. Check it out in our featured playlists for core modes, also available in Hardcore via Quick Play. 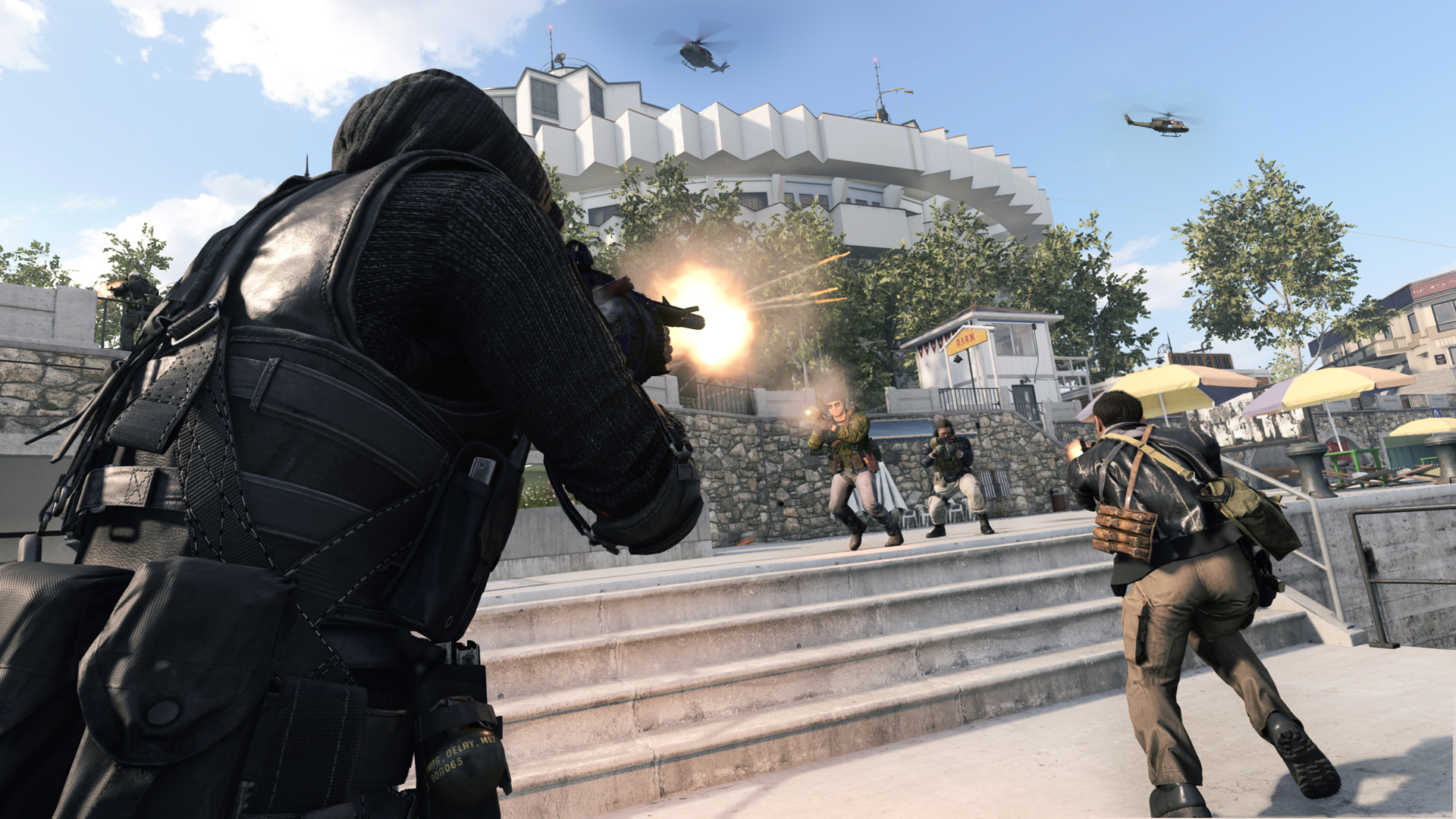 Grab three friends and say hello to your new favorite game mode. If you haven’t been dropping into Black Ops Cold War’s biggest maps since day one, this week’s new Endurance mode is about to change all that.

With 40 total players in the mix, 10 squads of four drop into Sanatorium, Ruka, and Alpine to collect uranium and detonate bombs as they compete for the top of the leaderboard. In Endurance, however, two crucial changes make all the difference.

After one bomb detonates, a new bomb will immediately come online to ensure five bombs are always in play, eliminating the inevitable chaos of all 40 players scrambling to detonate a single bomb. The score limit has also been doubled from 500 to 1,000, giving players plenty of time to rack up huge amounts of XP per match. 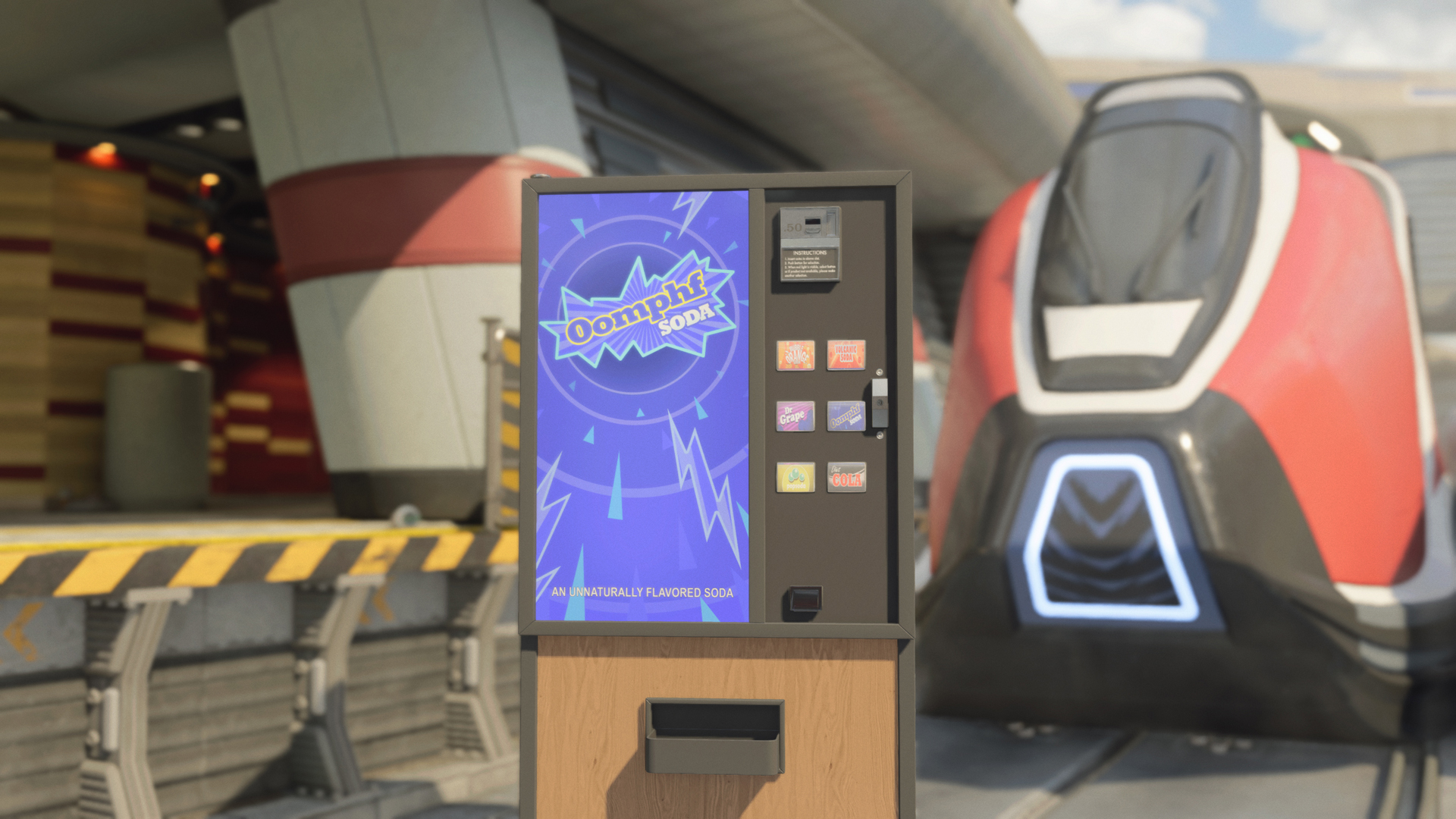 This week’s update brings four additional maps to Prop Hunt during Season One Reloaded. Get ready to play a deadly game of hide-and-seek with entirely new sets of props on Express, Raid, Crossroads Strike, and Armada Strike.

In Gunfight, Nuketown ’84 joins the map rotation this week, bringing the total 2v2 map collection to five. For those of you looking to settle some beef in private matches, we’re delivering Gunfight Custom Games with this update, available in both 2v2 and 3v3 variants! 3v3 Gunfight Snipers Only also returns in this week’s featured playlists to replace Snipers Only Moshpit. Get out there and make us proud. 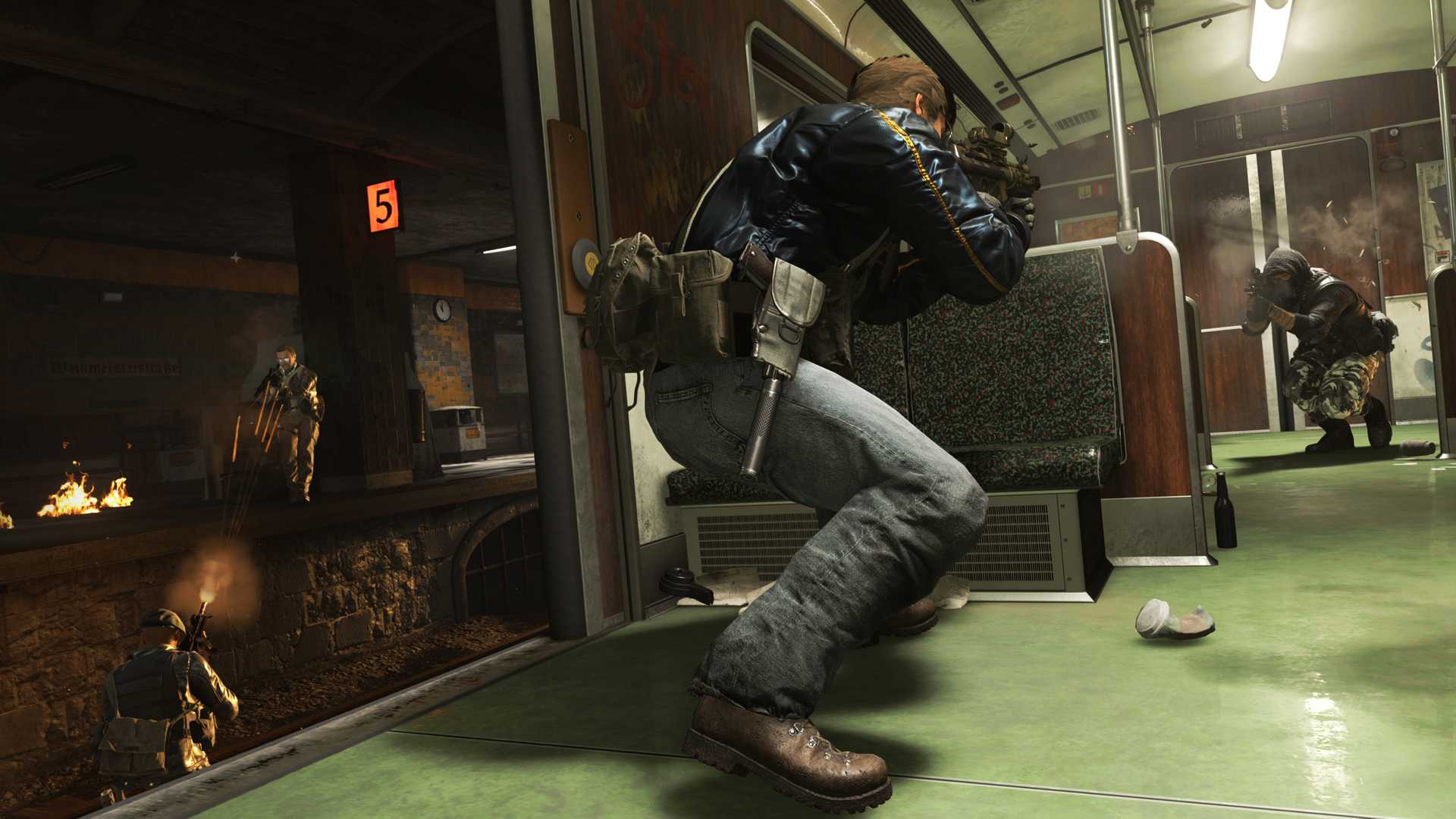 For those of you looking to earn your Diamond Launchers (or maybe looking for a little help against Flak Jacket users), this week’s update increases the minimum damage level for both Launcher class weapons. We’ve also made some new changes to Hardpoint, Dropkick, Control, and CDL Custom Games, as well as some much-needed equipment balance adjustments.

Last but not least, we’ve updated the Music Player to include original Treyarch music unlocked via War Tracks, including "Pentagon," "Rooftops," "115," and "Damned" from the original Black Ops soundtrack. Look for more Treyarch tracks to become available in future seasons!

READY UP FOR LEAGUE PLAY ON FEB. 8TH

As the CDL 2021 season gets closer to kickoff, we’re putting the finishing touches on our newest iteration of League Play, scheduled to launch on Monday, Feb. 8th. Built on the foundations of Black Ops 4’s popular ladder system, Black Ops Cold War’s League Play will offer even more Ranks for competitive fans to climb during intense League Play Events.

Keep an eye out for more info on what to expect, and tune into the first matches of the Call of Duty League’s 2021 season on Feb. 11th with the Atlanta FaZe Home Series. 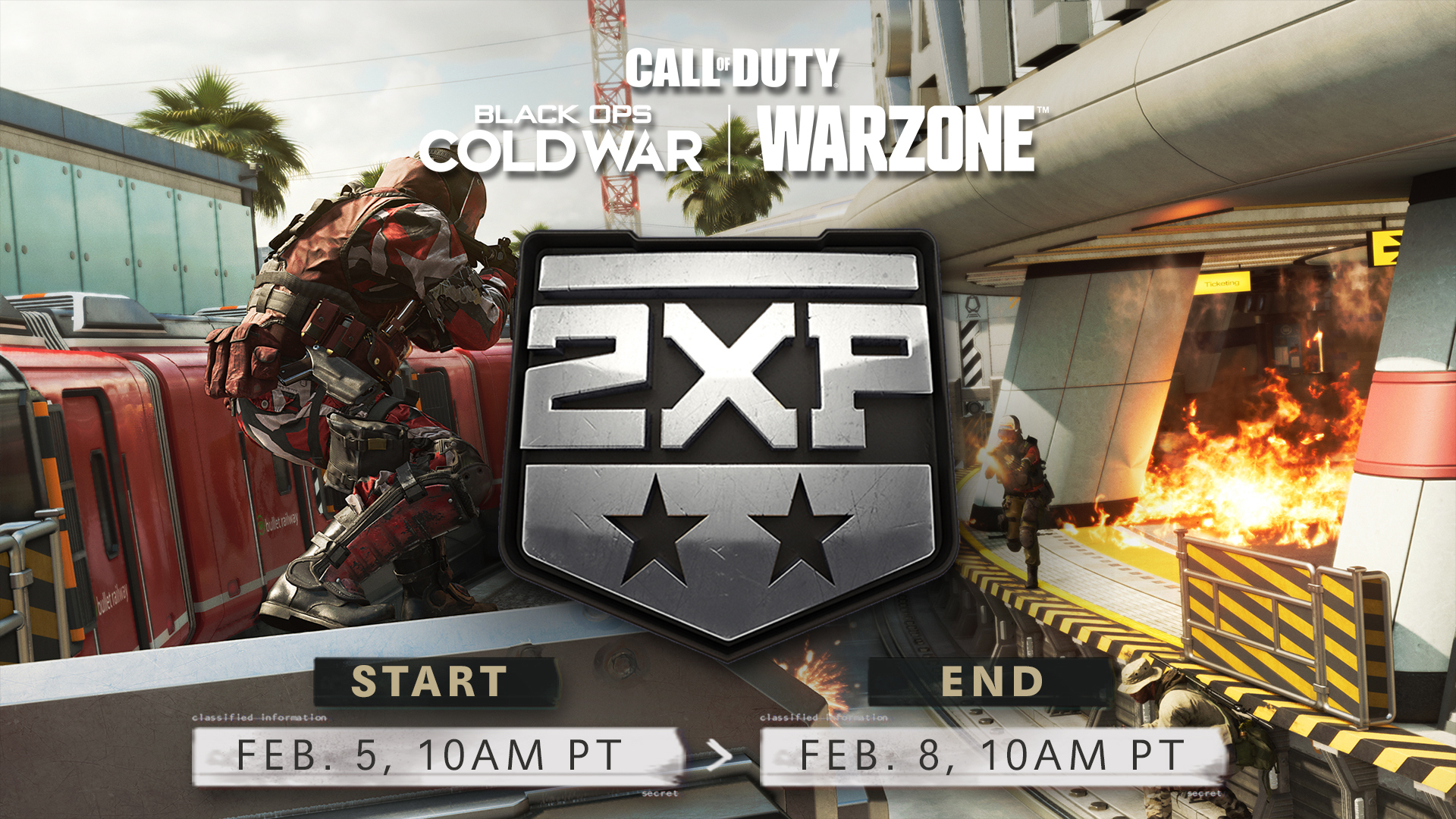 Double XP Weekend kicks off in Black Ops Cold War and Warzone at 10AM PT Friday, Feb. 5th and lasts until 10AM PT Monday, Feb. 8th to get everyone leveling up twice as fast. Whether you’re frying on Express or slaying in Outpost 25, we’ve got you covered. And on PlayStation, the 2XP starts a day sooner, starting at 10AM PT Feb. 4th on PS4 and PS5.

See below for everything new in Black Ops Cold War as Season One Reloaded continues with our update going live at 11PM PT Feb. 3 / 2AM ET Feb. 4, and visit our Trello board to see what else we’re currently tracking. See you online!