We’re delivering Collateral Combined Arms 24/7 this week for everyone to jump into a mix of massive, vehicle-fueled battles on our latest 12v12 map. 3v3 Gunfight Snipers Only, 12v12 Moshpit, Face Off 6v6, and more also continue in this week’s Featured Playlists, and we’ve also added Sat-Link to the Multi-Team Moshpit playlist for even more variety for 40-player fans.

In Zombies, today’s update also brings a new collection of stability fixes and gameplay improvements, including fixes for issues with the Main Quest and Klaus in “Mauer der Toten,” unresponsive Mimics in “Firebase Z,” various stability issues, and more. And for Campaign players, we’ve fixed a rare crash that could occur when reaching checkpoints in the single-player story.

Having broken cover with Jackal’s all-out assault on a US ground station and the subsequent destruction of the Jumpseat satellite constellation, Perseus continues to press their advantage. Using a dead drop, the critical data stolen by Wraith and Knight is passed to an Operator with the unique skills required to execute Stitch's endgame.

Watch the official Season Four Outro Cinematic and get ready for what’s coming next. Things are about to heat up in Black Ops Cold War and across Verdansk... 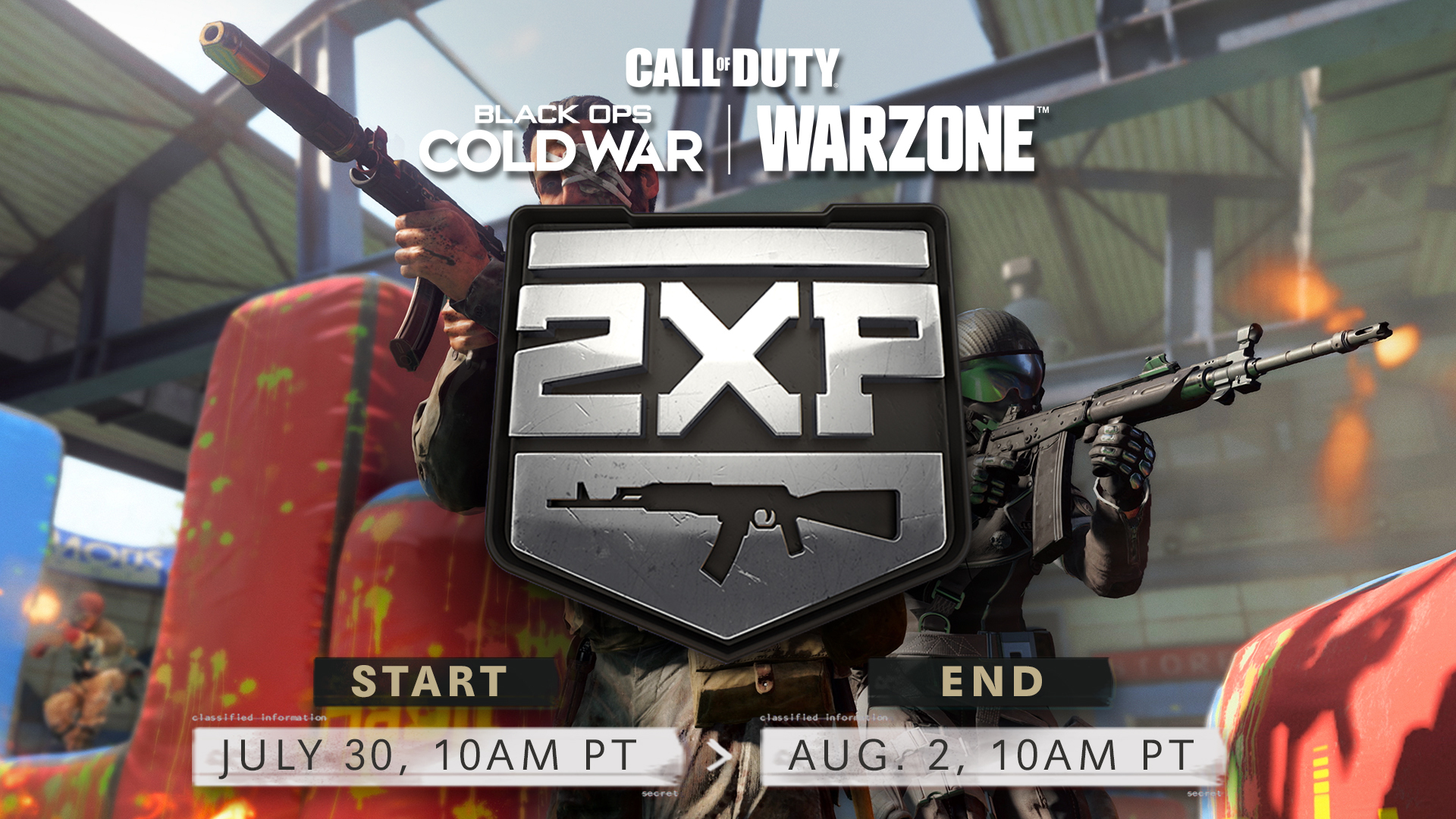 Get ready to level up your entire arsenal all weekend long as Double Weapon XP Weekend begins in Black Ops Cold War and Warzone. Jump in and get on the grind, starting at 10AM PT Friday, July 30th through August 2nd.