In today’s upcoming Featured Playlist update, we’re bringing Slums 24/7, Face Off Showroom 24/7, Gunfight 3v3 Snipers Only, and more to Multiplayer, along with our next Gunfight Tournament loaded with new rewards to earn.

Nuketown 24/7 also replaces NukeJacked this week, and Double Agent continues as Season Five’s newest game mode. Remember… turn on those mics and communicate with your fellow players, and if you’re a Double Agent, remember to switch between public and private chat with d-pad down or left alt on your keyboard!

We’re also adding 12v12 Moshpit back to Featured Playlists along with 8 more maps added to the 12v12 Moshpit rotation this week for players who love the chaos of 24 players on 6v6 maps. Don’t forget, you can jump into 12v12 Moshpit anytime from the Quick Play menu when it’s not listed in Featured.

In League Play, we’re restricting the new EM2 and TEC-9 weapons in our CDL modes in today’s update, and we’re also including some additional fixes for Dead Ops Arcade 3 and Onslaught in Zombies. Check out the patch notes below for details. 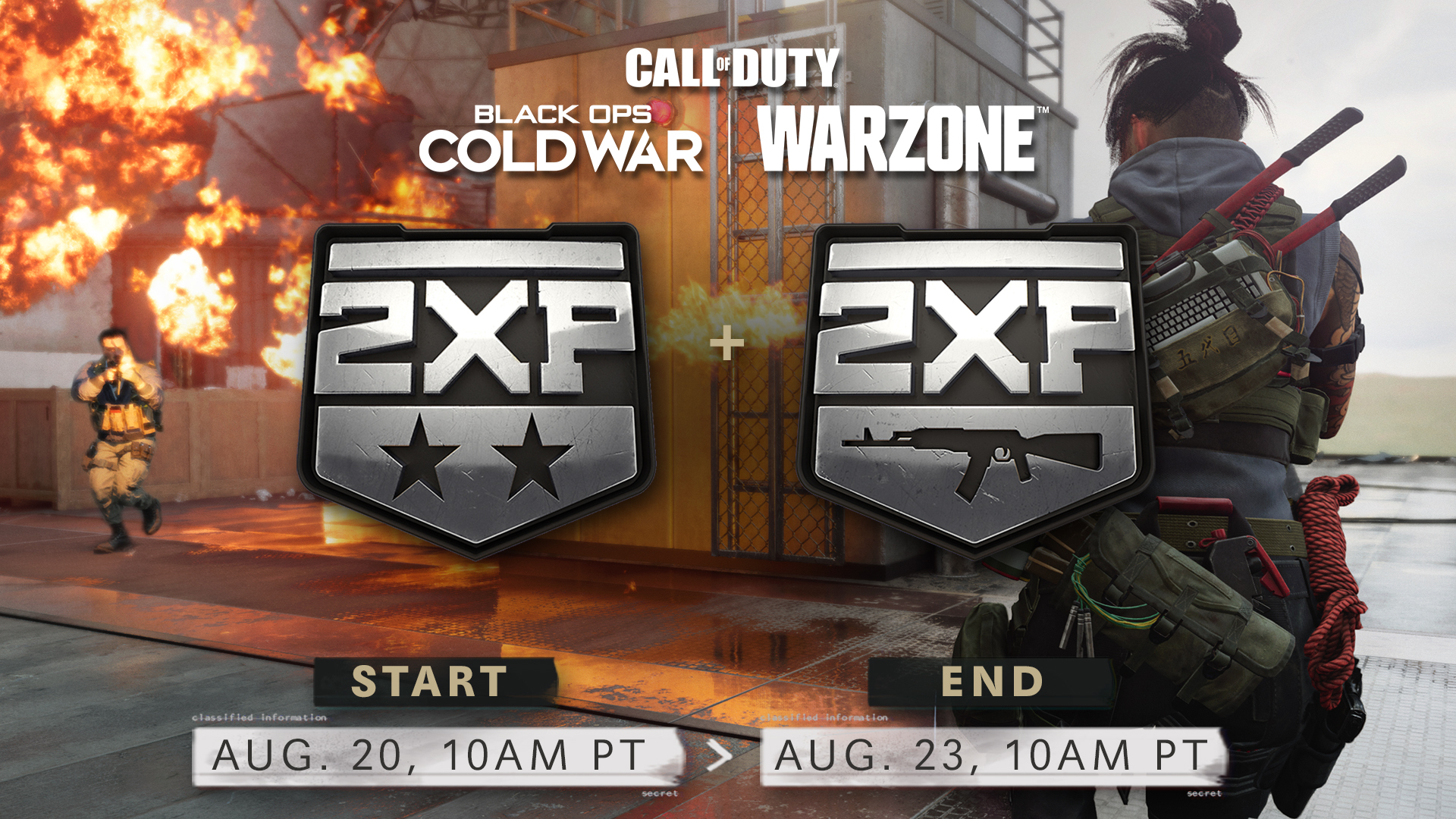 Whether you’re dropping into Slums 24/7 or reliving the Battle of Verdansk in Warzone, get ready for Double XP and Double Weapon XP all weekend long. Between the EM2 and TEC-9 dropping at the start of the season and the new Marshal break-action pistol live this week, you’ve got plenty of attachments and camos to chase already... get to it!

In the meantime, here’s what’s coming in today’s update: