Next week, Season Six of Call of Duty®: Black Ops Cold War draws to a close and Season One of Vanguard and Warzone™ begins! To set the stage, we’ve got an update coming on December 6th that will pave the way for synchronized progression with Vanguard, new Prestige Levels and rewards, Season Challenge unlocks for the past six seasons, new Prestige Shop content, weapon unlock challenges for the .410 Ironhide and Grav, and more starting on December 8th.

This update will also include new weapon tuning for the Marshal and additional bug & stability fixes for Zombies that will go live immediately on December 6th. Read on below for all the details on everything to expect in Black Ops Cold War next week.

At the start of Season One, Military Rank and Prestige progression will be synchronized with Vanguard across titles. That means you’ll begin the season at the Military Rank or Prestige Level you’ve currently reached in Vanguard, or Military Rank 1 if you haven’t played Vanguard yet. From there, you’ll able to progress your Vanguard Military Ranks in Black Ops Cold War, Warzone, and Modern Warfare to unlock weapons, Equipment, Killstreaks, and other content for use in Vanguard and Warzone as you play.

Once you’ve completed Military Rank 55, a new Prestige journey will begin with new Prestige Levels and Prestige rewards to unlock across games. Similar to Black Ops Cold War’s first season, you’ll be able to earn up to Prestige 7 as your Season Level increases throughout Season One, and four additional Prestige Levels will be added in each future season. Each new Prestige Level will award you with a Prestige Key, Tier Skip, Emblem, and Sticker in Black Ops Cold War, and once you’ve reached Season Level 50 in Season One, you’ll unlock the exclusive "Duck Hunt" Shotgun Weapon Blueprint to use in Vanguard and Warzone.

For those looking to memorialize their Prestige progress from previous Black Ops Cold War seasons, we’ve got you covered. This update adds the new “Lifetime Prestige” display to Black Ops Cold War and Warzone at the start of Vanguard Season One, immortalizing your total number of Prestige Levels earned across previous seasons and in Vanguard.

You can also now catch up on any Prestige Master Ribbons that you may have missed out on in previous seasons. Weren’t able to hit Level 200 in Season Four? No problem. Each time you complete 200 Season Levels in a season, you’ll earn the next available ribbon. You’ll also be able to earn multiple available ribbons at each 200 Season Levels – for example, reaching Season Level 400 in a season will award you with two Prestige Master Ribbons, if they’re available.

With this update, equipped Prestige Icons will also no longer be reset at the start of each season, so you can pick and choose whichever Prestige Icon you’re feeling at any given time. As a reminder, you’ll continue to earn Prestige Keys in Black Ops Cold War at every 50 Season Levels even after Vanguard Season One begins, allowing everyone to keep unlocking Prestige Shop content after Season Six.

We’ve got good news for all you completionists out there who weren’t able to unlock every Season Challenge throughout the seasons.

Next week, all previously classifed Black Ops Cold War Season Challenges will be revealed for everyone, and can be progressed by players who hadn't revealed them over the course of the previous six seasons. Even after Season Six ends, these legacy Season Challenges can continue to be progressed in Black Ops Cold War if you haven’t completed them already. Complete a previous season's full set of 20 in Multiplayer or Zombies to earn an animated Master Calling Card and 10,000 bonus XP with each completion. 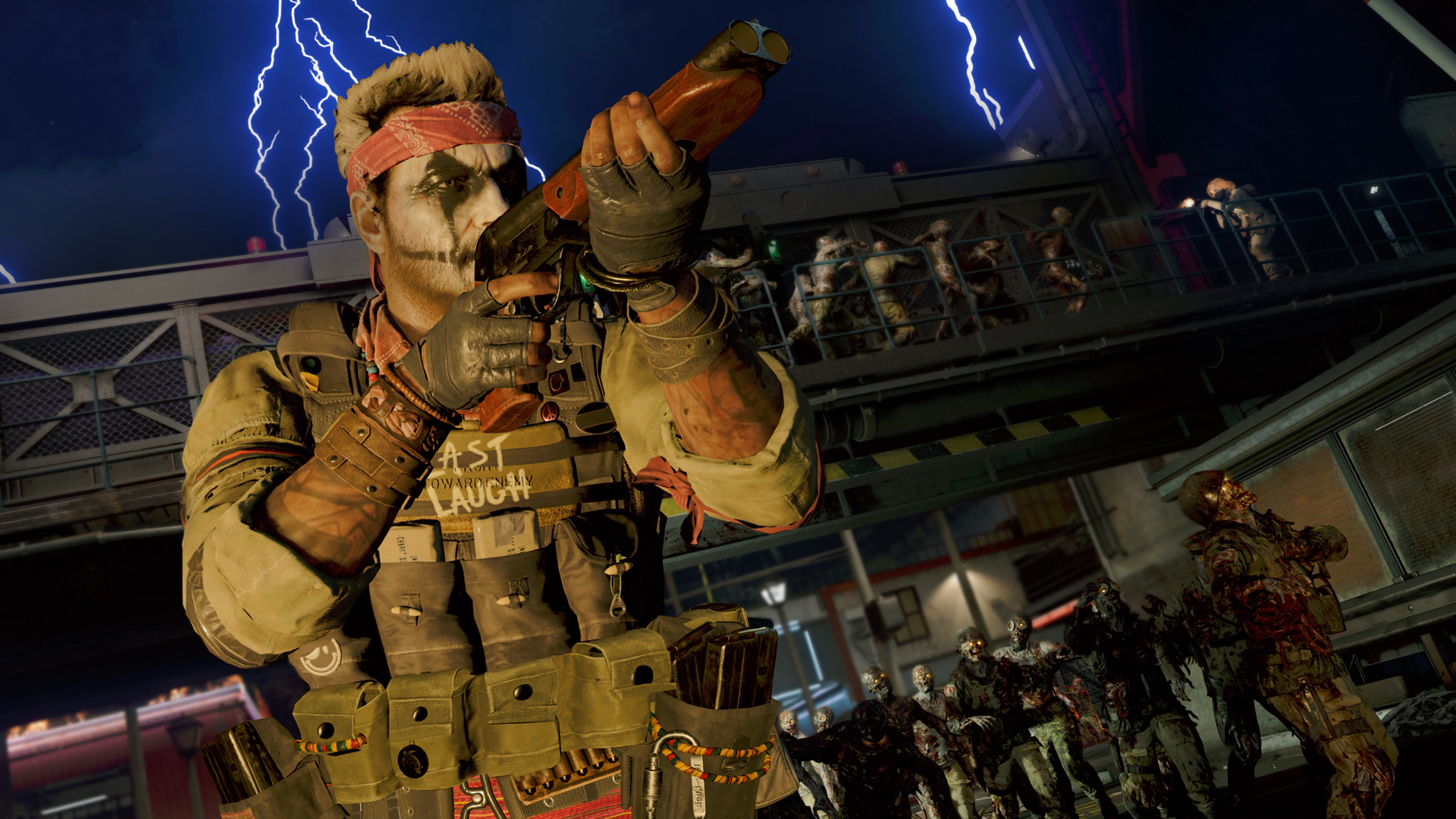 Before Season One kicks off on Wednesday, additional changes will go live on Monday when this update drops... most notably, a new round of nerfs for the Marshal break-action pistol to level the playing field a bit more. These tweaks include a reduction to the Marshal’s damage range, an increase to its damage drop-off, and nerfs to its Dragon’s Breath and Extended Barrel attachments. Think twice before bringing this one into a fight from now on.

We’re also adding a new round of stability and bug fixes for Zombies, including improvements for “Forsaken,” “Mauer der Toten,” and Outbreak, plus the addition of Onslaught Containment and Onslaught Deprogram for offline Zombies players. On the Vanguard front, watch for details on Zombies Season One content and features next week at the Call of Duty Blog!

Here’s what to expect in Black Ops Cold War when Season One of Vanguard and Warzone begins on December 8th: