What’s to Come in Vanguard Zombies

Every January 15th (or “115 Day” as it’s known to fans), we traditionally take a moment to share a preview of what’s to come in Zombies. As luck would have it, our next major update arrives this week in Call of Duty: Vanguard, so we’re honoring 115 Day a little earlier than usual this year!

As always, we’d like to thank everyone in the Zombies community for all the feedback and support over the years. Going all the way back to the beginning in World at War, your passion and imagination are what drive us to innovate, iterate, and take some creative risks along the way when crafting new Zombies experiences.

We’ve been soaking up feedback throughout the past year of Black Ops Cold War and the launch of Vanguard, and the team has been hard at work on bringing new content and features to Zombies in the weeks, months, and years to come. While our latest incarnation in Vanguard takes an entirely new roguelike approach to the mode, we know our players also want the option to fight never-ending waves of zombies and grind weapon camos with no downtime between rounds.

This week’s update delivers on that feedback, plus much more. Read on below for all the details. 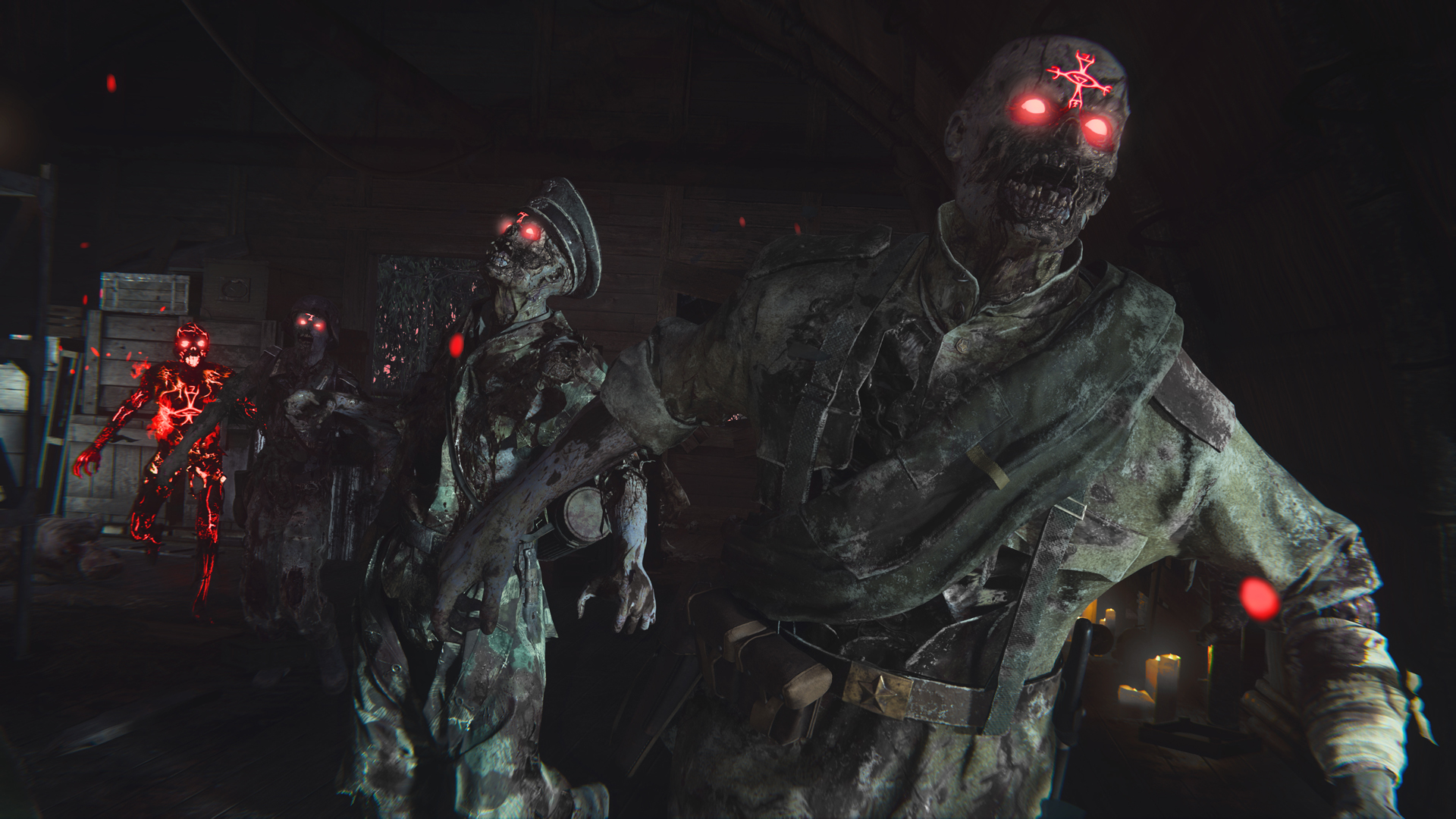 Starting at 4PM PT Jan. 11 / 12AM ET Jan. 12, our mid-season update brings classic survival gameplay to “Shi No Numa” in the new Void Objective, which will also serve as the introduction to the new Dark Aether entity and story quest coming in Season Two. Players will first need to unlock access to Von List’s Office, a previously closed-off area in Stalingrad where narrative secrets and a mysterious new portal await...

Step through to travel to the Void in “Shi No Numa,” where you’ll advance through rounds by defeating increasingly difficult endless waves of the undead, just like in traditional Zombies from previous games. Clear the current wave of zombies, and the round goes up. Upgrade your weapon at the Pack-a-Punch machine, grind those camos, and survive as long as you can. You know the drill.

Once you’ve completed 3 rounds in the Void, you’ll be faced with two choices: Flee or Survive. If you choose to stay and fight, you’ll earn 5,000 bonus Essence for every 3 rounds you survive in the Void. If you make it through 12 rounds or more, you’ll earn a unique reward that prevents your Perks from dropping below Tier II whenever you go down for the rest of the match! Survive long enough, and you might even discover new details about where the story’s heading next.

Once the portal to the Void has been opened, it will never close during your match. When you’re ready to head back to Stalingrad to upgrade your Perks and Covenants, you can leave after surviving 3 rounds and return at any time.

To help you along the way, you’ll earn a Sacrificial Heart each time you complete at least 3 rounds in the Void and successfully escape back to Stalingrad. Of course, if you’re looking to go for high rounds, you’ll also want to spend those Hearts on upgrading your Artifacts before heading back in... and that’s where the Tome of Rituals comes in.

LEVEL UP YOUR ARTIFACTS

You’re going to need some serious buffs for your Dark Aether powers if you want to survive in the Void. The new Tome of Rituals in Stalingrad can provide those upgrades, with additional abilities waiting to be unlocked at each of the four new tiers within its pages.

Invest your Sacrificial Hearts at the Tome of Rituals to unlock the following upgrades during a match:

Your Dark Aether powers will become indispensable at high rounds with these upgrades, with each Artifact playing a far more important role for your squad’s survival than before. Try experimenting with each new set of upgrades, and you may just discover your new go-to ability.

This update brings another classic Zombies feature to Vanguard: three new camos will now be available at the Pack-a-Punch machine.

Each time you upgrade your weapon of choice at the Pack-a-Punch, it will be wrapped in a unique camo to visually set it apart from the weapon’s base version. Your camo will change in appearance with each new Pack-a-Punch upgrade up to Tier III, and pre-Packed loot weapons will also display these new camos once you pick them up from the Mystery Box or defeated Sturmkreigers.

Killstreak weapons are joining the Support menu at the Crafting Table! When you need some extra firepower against the undead or you find yourself cornered in the Void, bring out the big guns and cause some carnage.

Once you’ve collected enough Salvage, you’ll be able to build the explosive Warmachine or the devastating Deathmachine at the Crafting Table. We know players have been eagerly awaiting additional Support options since launch, and we’re excited to deliver these alongside new content during Season One. Get out there and do some damage.

We’re bringing some protective gear to your loadouts and the Mystery Box this week, along with two more weapons unlockable through in-game challenges. Get ready to add the Combat Shield, Katana, and brand-new Welgun SMG to your collection with this week’s update!

In Zombies, the Combat Shield will mitigate a portion of damage from the direction you’re facing when it’s raised, and protect your back from partial rear damage when it’s stowed as an added bonus. The shield can’t break, but you’ll still take some damage when using it, so you’ll need to stay on your toes. Paired with the right Covenants, the Combat Shield just might become your new favorite weapon to help you out of some sticky situations.

You’ll also be able to unlock the Katana melee weapon and the new Welgun SMG for your loadouts via two new Zombies weapon unlock challenges in this update:

Let’s be honest... moving Zombies to an infrastructure hosted entirely on dedicated servers for the first time in a new engine hasn’t been a seamless experience.

In the past, traditional Zombies lobbies ran on player-hosted servers, which were often prone to a myriad of issues, depending on the player’s connection and several other factors. While the gameplay experience should now be smoother across the board for matches of all sizes on dedicated servers in Vanguard, the process of pausing said servers for Solo and single-player Private matches isn’t as simple as flipping a switch.

Like all of you, we wanted Dedicated Server Pause for solo players to be included sooner, and the amount of work required to get it right has frankly taken longer than we would’ve liked. Thanks for your patience while we wrap up its implementation in an upcoming update.

If you’ve been paying attention to the narrative intel and conversations between our Dark Aether entities in Season One, you might have an idea of where we’re headed in Season Two. In addition to a new hub map located elsewhere on the globe, we’ll be taking players to multiple arenas, including the Dark Aether itself in a completely original location crafted for Vanguard Zombies.

Until then, we hope you enjoy this week’s mid-season Zombies update in Vanguard, and we can’t wait to jump into the Void with everyone! 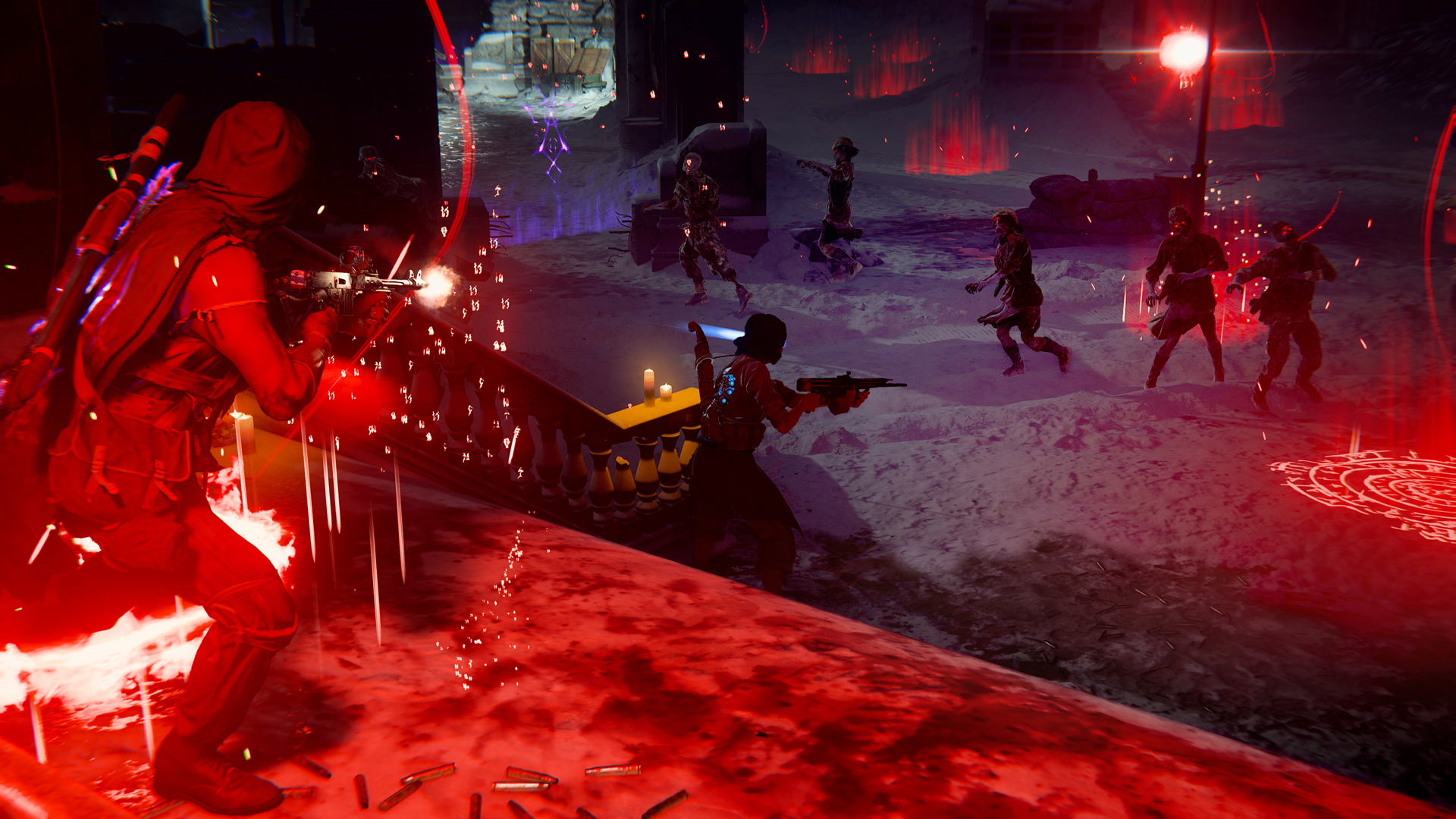 In the spirit of 115 Day, we’re kicking off a four-day Double-Double Weekend in Black Ops Cold War starting this Friday at 10AM PT Jan. 14 through 10AM PT Tuesday, Jan. 18! This includes Double XP and Double Weapon XP in Zombies, and will run alongside an extended 2XP weekend in Vanguard and Warzone as well.

As a reminder, you’ll continue to earn player progression and Battle Pass progress across titles as you play, whether you’re slaying the undead in Black Ops or Vanguard Zombies this weekend. Have fun out there, and we’ll see you online.